One Thing That Could Crush a 6th-Generation Stealth Fighter 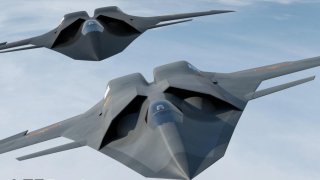 Here's What You Need to Remember: Today’s F-35 fighters took well over two decades to develop and dozens of billions of dollars in a process fraught with technical delays, cost overruns and attendant political controversy. And the F-35 was intended to be relatively affordable! Even the Pentagon may not want to revisit that experience.