Only Israel Can Modify Its F-35 Stealth Fighters. Here's Why. 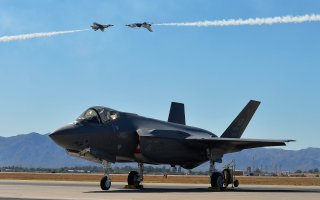 Caleb Larson is a defense writer for the National Interest. He holds a Master of Public Policy and covers U.S. and Russian security, European defense issues, and German politics and culture. This article first appeared earlier this year and is reprinted due to reader interest.