Secrets Revealed: What China Has Planned for Its Missile Forces 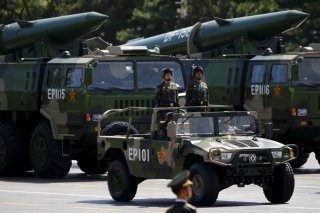 Here's What You Need to Remember: What China lacks in international reach is made up for big time in regional capabilities, especially anti-access/area denial capabilities. Regional adversaries—and U.S. Navy—should beware.