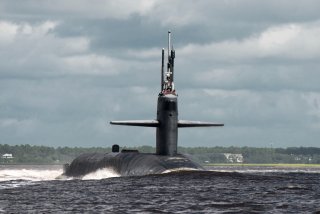 Here's What You Need to Remember: But there’s a much scarier risk: Russia likely wouldn’t be able to distinguish a Trident carrying a tactical warhead from a strategic one. And a Trident launched from the Atlantic at a tactical target in Eastern Europe may look very much like it could be headed to wipe out Russia’s leadership in Moscow instead.