The U.S. Marine Corps If Moving Back to Sea-Based Warfare—But With Missiles 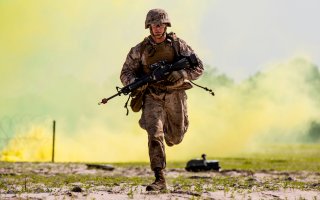 Here's What You Need to Remember: The Corps is preparing to take down Chinese ships and aircraft carriers by adapting platforms that are already in use with other branches of the military.