The U.S. Marine Corps' Skip-Killers Are Ready to Take On China 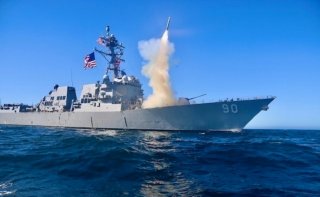 Here's What We Need to Remember: In December, the Corps successfully test-fired the Naval Strike Missile (NSM) from a JLTV truck to prove the platform’s ability to carry and fire the NSM. Concept art renderings show a recognizable JLTV grill and lights with a HMARS-like missile erector/launcher system mated to the frame.