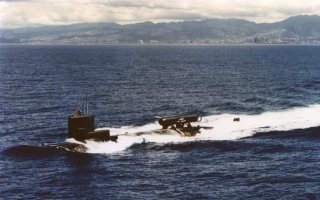 In the event that the Parche was in danger of being captured by the Soviet Union, the submarine carried 150 pounds of HBX explosives onboard—a last resort scuttling charge that would preserve the submarine’s secrets and cost all the submariners their lives.