Vintage Might be the Best Adjective to Describe North Korea's Tanks 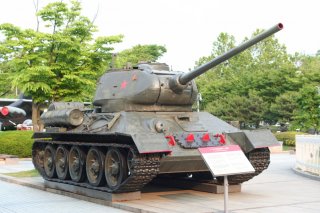 Here's What You Need to Remember: Many of North Korea's tanks are outdated relics, but not all of them fit this description.