Watch Out: America's F-15s Can Drop B61 Nuclear Bombs 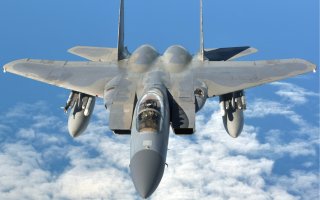 Here's What You Need to Know: The B61 is one of two gravity bombs maintained by the United States.

In June 2020, an American F-15E Strike Eagle, a more advanced derivative of the venerable F-15 design, successfully dropped the latest modification to the B61 nuclear bomb design. The bomb in question was dropped over Sandia National Laboratories’ Tonopah test range in Nevada.