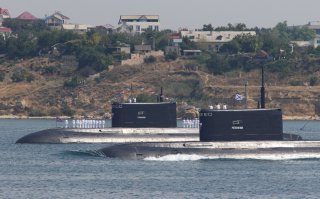 Here's What You Need To Remember: Today, submariners continue to stalk each other deep in the oceanic depths, tracking and studying potential foes, thereby practicing the skills they would use in times of war. It’s a dangerous mission—and most navies prefer to keep any of the mishaps that inevitably occur as far as the public eye as possible.