Why does India Want 350 Light Tanks? 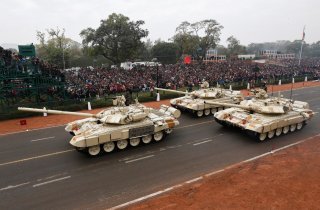 Here's What You Need to Remember: The Indian military’s intention to procure and locally manufacture a modern light tank is the latest in New Delhi’s effort to build up its domestic defense industry as part of the government’s 2014 Make in India program.