Why the U.S. Air Force Changed Its Bomber Deployments to Guam 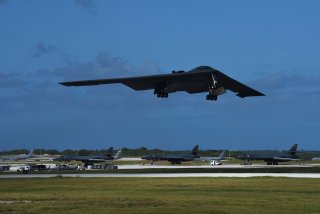 David Axe was defense editor at The National Interest. He is the author of the graphic novels War Fix, War Is Boring and Machete Squad.