Why the Zumwalt-Class Destroyers Failed to Meet the Navy's Expectations 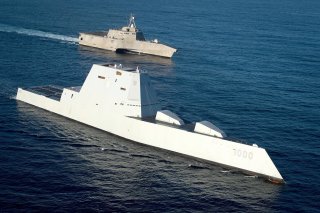 Here's What You Need To Remember: The Zumwalt’s Advanced Gun System didn’t even work that well, with two-thirds the forecast range (around 70 miles). Furthermore, its rocket-boosted LRLAP GPS-guided shells cost $800,000 dollars each—nearly as expensive as more precise, longer-range and harder-hitting cruise missiles.