The XM913 Cannon: How the Bradley Keeps Outgunning its Enemies? 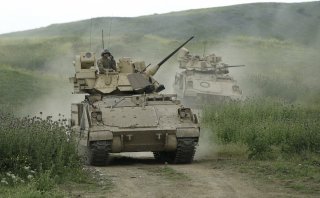 Here's What You Need to Remember: Northrop Grumman estimates that by the end of 2021, the Army will have ordered a total of seventeen XM913 cannons for testing and evaluation. Still, the Army has not yet decided what caliber the NGCV program will choose.

Caleb Larson is a defense writer with The National Interest. He holds a Master of Public Policy and covers U.S. and Russian security, European defense issues, and German politics and culture. This first appeared earlier and is being republished due to reader interest.