The Zumwalt "Stealth Destroyer" is a Money Pit 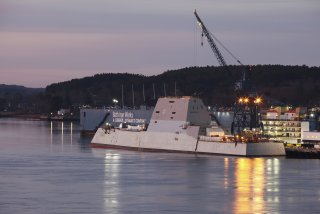 Here's What You Need To Remember: What were merely three DDG-1000s good for, despite their nifty stealth features and propulsion? The advanced destroyers lacked ammunition for their guns, anti-ship missiles, anti-submarine torpedoes, and long-range area-air defense missiles. Furthermore, the Zumwalt had fewer cells to pack land-attack missiles than Arleigh-Burke destroyers (96), Ticonderoga-class cruisers (122), or Ohio-class cruise-missile submarines (144)—all of which were cheaper, and the last of which is stealthier.