U.S. and Iran Swap Prisoners While Denying Swap Days Ago 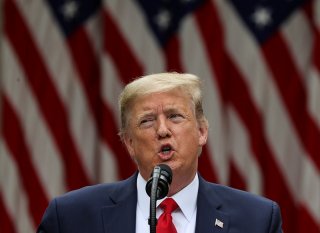 Iran claims to have sent back an American prisoner and received an Iranian prisoner on Thursday, a day after both countries denied reports of a swap.

U.S. immigration authorities deported Sirous Asgari, an Iranian scientist acquitted of criminal charges but held on visa violations, on Tuesday. Both the U.S. State Department and the Iranian foreign ministry denied that he was part of a prisoner swap.

“Pleased that Dr. Majid Taheri and Mr. White will soon be joining their families. Prof. Sirius Asgari was happily ruined with his family on Weds,” wrote Iranian foreign minister Javad Zarif in a Twitter post. “This can happen for all prisoners. No need for cherry picking.”

“Iranian hostages held in—and on behalf of—the US should come home,” he added.

The Iranian mission to the United Nations referred the National Interest back to Zarif’s statement. The U.S. State Department in Washington followed up with its own statement that made no reference to Asgari or Taheri.

“Michael White, a U.S. Navy veteran who has been wrongfully jailed in Iran for nearly two years, has been released,” Secretary of State Mike Pompeo stated. “While we are pleased that Iran was constructive in this matter, there is more work to do.”

He commended U.S. Special Representative Brian Hook for his work, thanked the Swiss government for its help and called on Iran to release three other U.S. citizens.

Taheri had been convicted of violating U.S. economic sanctions on Iran and imprisoned for 16 months, but was sentenced to time served, according to Fox News. The Florida doctor had lived in the United States for over three decades.

Michael White was convicted of insulting Iran’s leaders and sharing a “private image” in 2018. He is a U.S. Navy veteran and cancer survivor, and had reportedly been in Iran to see a woman he had met on the Internet.

Asgari, a materials scientist, was accused of violating U.S. sanctions on Iran while on a research trip to the United States in 2017. A judge dismissed his case in November 2019, but his visa had expired during the trial, so U.S. immigration authorities immediately detained him.

Asgari and White both contracted the novel coronavirus while in detention. White was temporarily released as part of a mass prison furlough meant to stop the spread of the virus in Iranian prisons.

The State Department had earlier denied that Asgari was part of any prisoner swap, as the United States has “tried to deport” him for several months.

But his release could have been linked to the prisoner swap that apparently took place on Thursday.

Iranian diplomat Abolfaz Mehrabadi had told the New York Times last month that the fates of White and Asgari were “entangled” with a third, unnamed Iranian doctor, presumably referring to Taheri.

The Trump administration had previously secured the release of Princeton researcher Xiyue Wang in exchange for another Iranian convicted of U.S. sanctions violations. The previous Obama administration also conducted a prisoner swap with Iran, freeing Washington Post reporter Jason Rezaian and others.

“It is extremely hard for my family to understand how a third prisoner swap or release has taken place which has not included my family and other American hostages unjustly held in Iran,” Babak Namazi, the son of Baquer and the brother of Siamak told the Washington Post. “My brother Siamak Namazi remains in Tehran’s notorious Evin Prison, despite Iran having furloughed 100,000 other prisoners due to COVID-19 pandemic.”

This article has been updated with Pompeo’s statement.