Will the U.S. Pushback on Turkey For Bombing Iraqi Kurdistan? 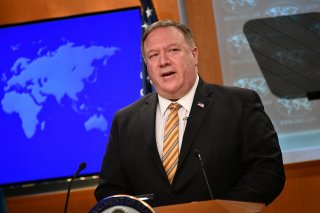 Congressional pressure is building to reprimand Turkey for its military campaign against Kurdish militants in northern Iraq.

The Turkish military is carrying out two offensives—Operation Claw-Eagle and Operation Claw-Tiger—aimed at rooting out Kurdistan Workers Party (PKK) militants in the Kurdistan region of Iraq.

The operation has struck rural PKK hideouts as well as populated areas, including the Makhmour Refugee Camp and the Yazidi community of Mount Sinjar.

Rep. Jim Cooper (D–Tenn.) added on Saturday that he was “disturbed” by the operation. Cooper represents Nashville, a city with a large Kurdish community.

The lawmakers’ comments came after a widely-shared video showed an alleged Turkish bomb striking a lake while a family played nearby. Local journalist Jîl Şwanî claims that the video showed his brother and nephew in Kunamasi, a town in Sulaymaniyah Governorate.

The U.S. Commission on International Religious Freedom, appointed by Congress to investigate human rights worldwide, condemned the offensive for its effects on Yazidi genocide survivors.

Turkish forces “represent a dangerous escalation of violence in an already-fragile area,” USCIRF chair Gayle Manchin said in a June 19 statement, and “are particularly threatening to hundreds of traumatized Yazidi families attempting to return to Sinjar and to other civilians in northern Iraq.”

Rep. Frank Pallone (D–N.J.) shared the statement on Twitter, adding that the United States must “diplomatically work with our allies to end Erdogan's reckless, dangerous, and cruel actions in the region.”

Turkey defends its cross-border incursions as a defensive campaign against the PKK, which both the Turkish and U.S. governments consider a terrorist group. PKK militants have waged a decades-long war against the Turkish state.

“The only target of our heroic Turkish Armed Forces in the successful Operation Claw-Tiger was the terrorists,” the Turkish defense ministry announced in its own Friday statement. “As before, no civilians were or will be harmed in this operation.”

The Turkish offensive has killed at least five civilians so far.

Iraq’s central government condemned the operation as a violation of its sovereignty, summoning the Turkish ambassador in protest. Iran also shelled several Kurdish villages during the operation, the Iraqi government alleges.

Turkish foreign minister Hami Aksoy told reporters on June 26 that Turkey “would like to reiterate one more time our expectations such as cooperation and acting in harmony with Turkey against the [PKK] terror organization.”

Iraqi Kurdish authorities have been more muted. Iraqi Kurdistan has hosted thousands of Turkish troops for years, and the region’s ruling Kurdistan Democratic Party is a rival of the PKK.

The U.S. State Department has also been muted, despite the mounting pressure from Congress.

“We continue to urge all of Iraq’s neighbors to respect its sovereignty. At the same time, we recognize that Turkey has legitimate security concerns,” a State Department spokesperson told the National Interest on June 16. “This is a matter of sovereignty for both countries that needs to be settled on a bilateral basis.”