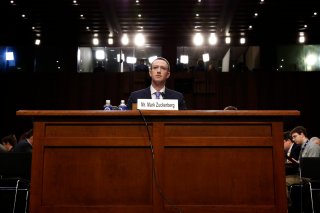 Since the early 1980s, the Federal Trade Commission (FTC) and the Department of Justice (DOJ) have operated by embracing an economic philosophy that supports federal antitrust policy and law enforcement litigation. This philosophy is built upon the “consumer welfare standard” (CWS), a direct result of the legal and economics approach articulated by the late law scholar Robert Bork in his seminal 1978 tome The Antitrust Paradox, in which he substituted the term “consumer welfare” for “total welfare.” There, consumer welfare—i.e., “lower consumer costs”—is maximized and economic output is unrestricted. Under the CWS, firms should be allowed to compete on their merit, and antitrust enforcement should intervene only when consumers are harmed. Because the CWS is based on empirical analysis and impartiality, it has been widely adopted by the federal judiciary in antitrust opinions over the last forty years, citing Bork’s idea that the antitrust laws—the Sherman Act, the Clayton Act, and the Federal Trade Commission Act—are designed to protect competition (and not competitors) and promote consumer welfare.

Under the Biden administration, however, there has been an antitrust policy shift toward a European competition policy approach to antitrust enforcement, most notably against technology, pharmaceutical, and other industries exhibiting evidence of diminishing competition. Examples of this policy shift can be seen in Biden’s appointments of Columbia University law professor Lina Khan to chair the FTC; Jonathan Kanter, an antitrust lawyer who has opposed tech giants in private practice, as assistant attorney general heading the Justice Department’s antitrust division; Tim Wu’s appointment to the White House Economic Council; and Bharat Ramamurti, a former aide to Massachusetts Sen. Elizabeth Warren (D-MA), as deputy director of the National Economic Council. All are adherents of an aggressive federal approach to antitrust enforcement of anticompetitive conduct and merger efforts.

The views of most Biden appointees are similar to those of the late Justice Louis Brandeis, who served on the U.S. Supreme Court from 1916 to 1939. They are referred to as the “New Brandesians.” Brandeis considered the conflicting goal of small-business welfare in contrast with the orthodox view of the protection of consumer welfare. John Cassidy, an economics writer for the New Yorker, summarized their legal and economic philosophy position toward antitrust enforcement: “Proponents of the New Brandeisism contend that these agencies should act proactively—carrying out broad investigations, publishing reports, and establishing rules of conduct for companies with a great deal of market power, including tech platforms and broadband providers.” In addition, New Brandeisians believe that current antitrust enforcement—and, by extension, CSW—overlooks important factors, such as innovation and product quality considerations, and overemphasizes the importance of price as the determining factor for a competitive marketplace.

Legislatively, the influence of New Brandeisism can be seen in recent bills that have been proposed in Congress, including the American Innovation and Choice Online Act (H.R.3816/S.2992) and the Prohibiting Anti-competitive Mergers Act of 2022 (S.3847). Following New Brandeisism’s focus on “bigness” and high levels of economic concentration, the American Innovation and Choice Online Act uses an eligibility determinant of 50 million or more monthly users, or a firm market capitalization of $600 billion or more, while the Prohibiting Anti-competitive Mergers Act of 2022 utilizes a firm determinant that prohibits mergers that (1) are valued at more than $5 billion in total assets, (2) result in the acquiring entity having a market share of greater than 33 percent (or a share of a labor market as an employer of greater than 25 percent), or (3) result in market concentration levels that exceed specified thresholds.

This New Brandeisism, is, in its broadest sense, a European approach that is more centralized and political than the American approach. The European Commission’s Directorate General for Competition has significant de facto discretion, or a “top-down” approach, over how the competition law is enforced. In contrast, the United States has adopted a common law approach, or a “bottom-up” approach, in which the judiciary elaborates upon broadly written antitrust statutes utilizing an iterative process of case law. In European competition law, an abuse of dominance standard can be applied in which a “dominant” business enterprise can be prosecuted by the European Commission for “abusing” its position in the marketplace by charging high prices or refusing to deal with competitors. By contrast, the United States has generally embraced consumer outcomes, as seen in the CWS.

With the world’s two major antitrust enforcement entities now aligning more closely on a competition law philosophy, there is an opportunity for the United States and the European Union to direct the global competition discussion and enforce what could be “shared” policies on anticompetitive conduct by companies in Big Tech and other industries. For supporters of aggressive enforcement, “it will certainly be a marriage made in heaven,” said Jeffrey Jacobovitz, a Washington-based antitrust lawyer. “I think they’ll work hand in hand. Increased coordination makes enforcement stronger.” Jacobovitz argues that this alignment will make it even more incumbent on firms in the crosshairs to develop broad, cross-Atlantic strategies on how to respond to that scrutiny.

New Brandeisism’s proponents argue that the federal antitrust enforcement agencies should be exceeding their charge of investigating anticompetitive business practices and use antitrust policy to promote other socio-political goals, including mitigating depressed employee wages, minimizing income inequality, limiting harms to competitors, and preventing the rise of big firms that amass political power. In other words, expanding antitrust policy into a quasi-industrial policy—or a so-called subjective “fairness standard”—which, if widely implemented, could adversely affect economic outcomes for consumers and reduce innovation opportunities and national economic growth. More importantly, without a clear limit to antitrust enforcement goals, where does the attempt to achieve these socio-political goals end? The challenges are whether there is sufficient clarity for businesses to understand what conduct is and is not an antitrust violation and whether the FTC, for example, has the authority to “convert antitrust law” from 132 years of statutes and adjudicated court decisions.