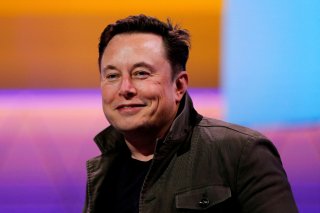 If his first days running the company are any indication, the reporting about palace intrigue at Elon Musk-owned Twitter is going to rival that of the Trump White House.

Musk took over the company only four days ago, but there have already been several months’ worth of wild stories to come to light just in that brief period.

In the opening days of Musk owning the company, numerous trolls tweeted various combinations of racial slurs, likely believing that the free speech ethos Musk vowed to bring to the company would allow them to do so without consequence. The company went on to attribute those to a “trolling campaign” while stating that none of Twitter’s content moderation policies had changed since the Musk takeover.

“Bottom line up front: Twitter’s policies haven’t changed. Hateful conduct has no place here. And we’re taking steps to put a stop to an organized effort to make people think we have,” Yoel Roth, Twitter’s head of safety and integrity, said on the platform Saturday. Roth is a holdover from Twitter’s previous leadership.

Speaking of that leadership, several top executives were fired in the opening hours of Musk running the company, including  CEO Parag Agrawal, CFO Ned Segal, general counsel Sean Edgett, and policy chief Vijaya Gadde. The Information reported that the four executives were fired for “cause,” in part to avoid paying out large amounts of stock and cash to them, and it also reported that more layoffs are expected ahead of November 1, perhaps as much as 50 percent of the company.

"You wouldn’t be able to operate the company down 50 percent HC [headcount]," a company source told Axios. A large number of the remaining employees would be likely to leave due to the workload.

Making news with a tweet, as he often does, Musk replied to a tweet by Hillary Clinton condemning last week’s attack on Paul Pelosi, the husband of House Speaker Nancy Pelosi. Police arrested a man last week who they say broke into the speaker’s San Francisco home and attacked Paul with a hammer. Law enforcement has made clear that they believe the attacker was looking for Nancy Pelosi, and also had “a list of people he wanted to target.”

However, some online conspiracy theories have come up with baseless “alternative” theories of what really happened in the Pelosi attack. Musk’s reply to the former secretary of state and presidential candidate included the phrase “there is a tiny possibility there might be more to this story than meets the eye,” and linked to a story in an outlet called the Santa Monica Observer. The Observer has a long history of reporting things that aren’t true, including conspiracy theories about Hillary Clinton herself being secretly dead.

Musk later deleted the tweet. But as of Monday morning, several hashtags related to the conspiracy theory were trending on Twitter.

Then, on Sunday, a series of news reports stated that Musk was looking to change the company’s verification process, possibly even requiring verified users to pay a monthly fee of up to $20. And, per The Verge, Musk has given employees a deadline of about a week to build a system for paid verification and threatened to fire them if they don’t.

“Twitter is currently planning to charge $19.99 for the new Twitter Blue subscription. Under the current plan, verified users would have 90 days to subscribe or lose their blue checkmark. Employees working on the project were told on Sunday that they need to meet a deadline of November 7th to launch the feature or they will be fired,” The Verge said.

In texts released ahead of the planned trial between Twitter and Musk, Musk made clear that he didn’t much care for the original Twitter Blue product. He had called the product “an insane piece of shit” in a text with angel investor Jason Calacanis, who is said to be advising him at Twitter currently. Calacanis had ripped Twitter Blue’s “dogshit features ... These dipshits spent a year on Twitter Blue to give people exactly … Nothing they want!”

However, there was some skepticism about whether the plan to charge for verification would work.

“If Twitter proceeds to charge for verification, it will effectively deplatform (or demote) tens or hundreds of thousands of journalists, compounding the problem that citizens lack access to trusted, reliable information,” journalist Dave Troy said on the platform over the weekend. “The amount of money that can be realized from charging for verification (tens of millions annually) pales in comparison to Twitter’s $3.7bn annual revenue, so it’s rather immaterial. The reason to do it is to harm journalism and promote nonsense.”