Release the Documents: Musk Gets a Small Victory in Twitter Battle 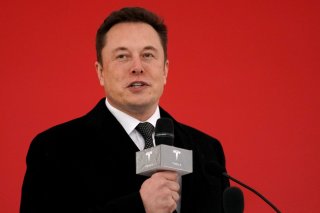 The case between Twitter and Elon Musk over whether Musk will end up owning the company doesn’t reach trial until October, but Musk notched a small victory in the case this week.

According to the Verge, Delaware Court of Chancery Judge Kathaleen McCormick ruled this week that Musk’s lawyers may receive documents from Kayvon Beykpour, who was Twitter’s longtime head of consumer product up until his departure earlier this year. Beykpour left Twitter in May, about a month after the company reached an acquisition agreement with Musk.

Musk’s side will "continue to seek information and witnesses until the full truth comes out,” Musk attorney Alex Spiro told Fox Business. Musk claims that he is trying to exit his deal to buy Twitter because the company allegedly hasn’t been honest about its number of bots, or fake accounts.

"Kayvon Beykpour, the GM of Consumer, was the head of all things consumer-facing for Twitter and took a high profile role on Twitter’s investor calls,” Musk’s lawyers claimed in a filing earlier this month.

“He was therefore one of the Twitter executives that the Musk Parties believe would have been most intimately involved with how Twitter calculated its mDAU, how it suspended or moderated accounts on its platform, and how it determined that there was always less than 5% spam or false accounts within mDAU on every day of every month of every quarter for all time,” the filing continued.

In the lawsuit and other documents, Twitter argued that Musk’s real reason for wanting to break the deal is that the market declined in the months since the merger agreement.

“Musk said he needed to take the company private because, according to him, purging spam would otherwise be commercially impractical,” the Twitter lawsuit said. It continued: “In his press release announcing the deal on April 25, 2022, Musk raised a clarion call to ‘defeat…the spam bots.’ But when the market declined and the fixed-price deal became less attractive, Musk shifted his narrative, suddenly demanding ‘verification’ that spam was not a serious problem on Twitter’s platform, and claiming a burning need to conduct ‘diligence’ he had expressly forsworn.”