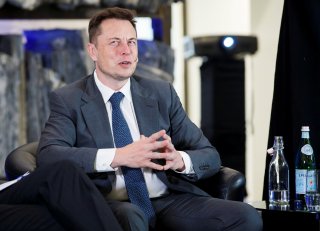 Tesla CEO Elon Musk this week sold 7.92 million shares in the company, which are worth $6.88 billion, even though Musk had said earlier this year that he had no further sales of the company’s shares planned.

Musk, as is often his custom, was asked on Twitter about the sales, and he answered in the replies. “In the (hopefully unlikely) event that Twitter forces this deal to close *and* some equity partners don’t come through, it is important to avoid an emergency sale of Tesla stock,” Musk said. Musk also said that if the Twitter deal doesn’t close, he will buy more Tesla stock.

Musk’s meaning was not entirely clear. Analyst Daniel Ives of Wedbush Securities broke it down in a note Wednesday. “We note in May Musk lined up the equity financing for the Twitter deal from a number of major financial partners. In late April Musk said no further TSLA sales planned, however the situation has dramatically changed in our opinion heading into Delaware Court this October with the odds stacked against Musk winning in the eyes of the Street and his back against the wall,” Ives wrote.

This led him to raise his price target on Twitter. “With the chances of a Twitter deal now more likely in our opinion and the Street seeing through this poker move by Musk, we are raising our price target from $30 (fair value fundamentally speaking) to $50 reflecting the higher chances the deal now ultimately closes.”

Musk and Twitter reached an agreement in April for the billionaire to acquire the company and take it private. Not long after, Musk began making noises about putting the deal “on hold,” asking for more information on the number of bots, or fake accounts, in the company’s user base.

On July 8, Musk announced that he was terminating the deal, with Twitter declaring that it planned to hold him to the merger agreement. The social media company then sued Musk in the Delaware Chancery Court, and while Musk had attempted to delay the trial to 2023, it is scheduled to take place this October.

Earlier this week, Musk challenged Twitter CEO Parag Agrawal to a “debate,” over whether Twitter is telling the truth about its bots.

“If Twitter simply provides their method of sampling 100 accounts and how they’re confirmed to be real, the deal should proceed on original terms. However, if it turns out that their SEC filings are materially false, then it should not. I hereby challenge @paraga to a public debate about the Twitter bot percentage. Let him prove to the public that Twitter has <5% fake or spam daily users!” Musk said on Twitter.