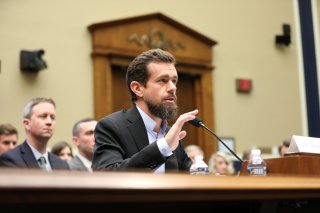 Twitter has drawn a great deal of controversy in recent years over how it handles elections. Politicians have complained about the company’s habits when it comes to fact-checking, while others have complained of “shadow bans.”

In a blog post Thursday, Twitter laid out how it plans to approach this year’s midterm elections. “Twitter is the place to find real-time, reliable information about the 2022 midterms—whether you’re looking for breaking news from reporters, information on voting, or policy positions from candidates. We aim to enable healthy civic conversation on Twitter, while ensuring people have the context they need to make informed decisions about content they encounter. Because we’re a global service, there’s almost always an election happening on Twitter,” the company said in its official blog.

The company also announced that it is activating its “Civic Integrity Policy” for this year’s midterm elections. “The Civic Integrity Policy covers the most common types of harmful misleading information about elections and civic events, such as: claims about how to participate in a civic process like how to vote, misleading content intended to intimidate or dissuade people from participating in the election, and misleading claims intended to undermine public confidence in an election – including false information about the outcome of the election,” Twitter said.

This means that “Tweets with this content may be labeled with links to credible information or helpful context, and Twitter will not recommend or amplify this content in areas of the product where Twitter makes recommendations.” The post added that “People on Twitter will see a prompt prior to liking or sharing labeled tweets, and in cases where there is potential for harm associated with the false or misleading claim, the Tweet may not be liked or shared to prevent the spread of the misleading information.”

It remains unclear who will own Twitter when the general elections take place in November. The company is suing Elon Musk, to whom it agreed to sell the company back in April. Musk announced his intention to exit the deal, but Twitter is suing to try to hold him to the deal, with a trial set to take place in Delaware Chancery Court in October.

Musk is arguing that the company has more fake or bot accounts than it admits, but fake accounts are also part of Twitter’s election policy.

“Fake accounts that misrepresent affiliation to a candidate or elected official are prohibited under our existing Misleading & Deceptive Identities Policy—and we remain vigilant against potential coordinated manipulation efforts. And during this election period, and year-round, we continue to enforce our safety policies – including for conduct targeting election workers,” Twitter said.