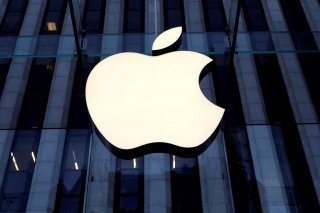 For the last couple of years, it’s frequently been speculated that Apple will offer some sort of bundle of its subscription services, including Apple TV+, Apple Music, Apple News, and others.

Now, Bloomberg News is reporting that Apple is getting ready to do just that.

Called “Apple One” internally, per the report, will likely be launched in October, along with the company’s new iPhones. Apple One will include different tiers, with the basic package likely including  Apple Music and Apple TV+, with other tiers offering Apple Arcade, Apple News, and other services offered by the company.

In doing so, Apple will offer more services, likely at discounted prices for the bundles, and add to its subscriber totals for all three. It’s a backdoor effort by Apple to compete with Amazon Prime, at a time that other competitors, including Walmart, are launching their own Prime competitors. Apple’s service, however, won’t include the sort of e-commerce and free shipping that Prime offers.

Bloomberg also reported that Apple is “developing a new subscription for virtual fitness classes” that will work with Apple devices, which is seen as an effort to compete with Peloton.

Apple’s Services category, which includes all of the services that would presumably be part of such bundles, posted revenue of $13.1 billion in the second quarter, compared with $11.4 billion in the same period of 2019.

Analyst Daniel Ives of Wedbush Securities, in his most recent note about Apple, estimated that Apple’s Services business is currently valued at between $700 and $750 billion. Apple’s overall market capitalization is approaching $2 trillion.

That valuation is “given the increasingly importance of this key revenue stream that is getting new appreciation by investors, as Cook & Co. continue to flawlessly execute on the vision,” Ives wrote. “Into 2021, the services business will be a $60 billion+ annual revenue stream and speaks to Apple’s ability to further monetize its golden installed base.”

The company is expected to unveil four new iPhones this fall, although the exact timing of the release is unclear. After months of speculation about a possible delay in the iPhone due to coronavirus complications to the supply chain, Apple admitted during its recent earnings that the release is expected to be pushed into October.

Apple, last week, officially denied that it has any interest in getting into the bidding for TikTok. And on Thursday, the company announced that it is kicking the popular video game Fortnite out of the App Store, after its parent company, Epic Games, launched its own payment system.