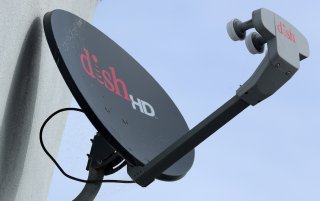 Dish Network and ViacomCBS announced this week that they have reached a new carriage agreement.

The parties said in a press release that they have "announced a multi-year renewal of their carriage agreement to continue delivering ViacomCBS’s portfolio of broadcast, entertainment, news and sports networks to DISH and SLING TV customers."

While exact terms were not disclosed, The Streamable reported some details about the agreement.

Citing "sources familiar with the matter," the site said that while changes aren't expected on the Dish side, they are likely for Sling TV, including ViacomCBS channels currently available on the Sling Blue package now coming to the Sling Orange plan.

There's no word on what might be changing in terms of costs of the plans on the Dish side, although Sling TV announced last week a pledge to not raise prices for the next year, for either new or existing customers.

The Dish/Viacom deal is the latest announcement made about the availability of Viacom's channels, since Viacom and CBS completed their re-merger last year.

At the end of June, Google announced that it had added ViacomCBS' channels to YouTube TV, but that as a result, the price of the service was jumping 30 percent, to $64.99 a month. The parties had announced earlier this spring that the channels, which include MTV, Paramount Network, Comedy Central and Nickelodeon, would finally join the service, after they had been unavailable since its national launch.

ViacomCBS is also planning to launch a revamped version of its CBS All Access streaming service, which is expected to arrive next year.

“We have faced, and could continue to face, fewer subscriber activations and increased subscriber churn rate as a result of the COVID-19 pandemic and the worsening of the global business and economic environment," the company said at earnings time.