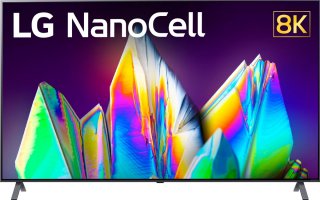 Like it or not, 8K will one day supplant 4K.

And if you feel the need to get a head start in preparing for the burgeoning 8K HDTV universe, LG’s NanoCell 99 Series 8K HDTV may provide the perfect entry-level solution.

Right now at Best Buy, you can get your hands on this 75-inch monster for $4,300, which is $700 off the regular price. Keep in mind that we are still in the early innings of 8K TV technology, and after a few years, know that the price points should settle down to what we see for 4K HDTVs today.

What the 99 Series is really giving us is a glimpse of the future—and it does look fantastic if there is the necessary content to complement it.

Side-by-side tests, especially for 55- and 65-inch models, have shown that the pictures on both 8K and 4K HDTVs look nearly identical. Until there is more 8K content to work with—not just your one-off nature videos on YouTube—this 8K set appears to be just a more expensive version of a great 4K HDTV.

There is, however, more of a picture-quality difference if you go with an 80-inch-plus 8K TV. If you are willing to dive headfirst into that hefty purchase, you may think that you are future-proofing your TV tech—and no one can fault you for that line of thinking.

Since QLEDs also use nano-scale optimizations to enhance the picture quality offered by LCD displays, NanoCell is now considered a direct competitor to Samsung’s much-praised QLED lineup. Be aware that QLEDs do take a slightly different approach—utilizing quantum dots to boost brightness and color gamut—to improve the overall viewing experience.

When it comes to picture quality, the 99 Series doesn’t take a backseat to anyone, except for perhaps the Korean tech giant’s own much-vaunted OLED HDTV offerings. The picture is sharp and vibrant via its full-array LED backlight with local dimming, a next-generation tech that aims to divide the backlighting into small sections for more precise color control and contrast and truer black levels.

The 99 Series also supports Dolby Atmos and all major must-have HDR formats, including Dolby Vision and HDR 10. And if you’re into voice assistants, you’re definitely in luck, as both Google Assistant and Amazon Alexa are conveniently built in. The TV relies on the webOS smart TV platform, and support for AirPlay2 and HomeKit is included as well.