NASA Updates Guidelines on How to Prevent Contamination in Solar System 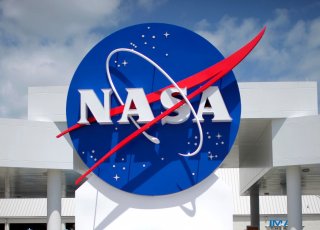 As more launches are being scheduled to explore our solar system, NASA has unveiled new guidelines to protect the planets and moons from harmful contamination.

The agency released two NASA Interim Directives (NIDs) that detail new requirements for human and robotic missions. The aim is to shield the planetary bodies, namely the moon and Mars, from any possible biological contamination that originated from Earth, which has the potential to interfere with or invalidate important scientific research.

It’s important that future missions leave behind “a pristine environment so we have the ability to know that what we discover in the future was not something that was left there by us. … We have to make sure that we are inventorying every kind of biological substance and even nonbiological substance—organics for example—that could leave something behind on the moon that could be problematic for future research.”

These NIDs come on the heels of the Artemis Accords, a new legal framework that was unveiled in May. It sets forth the creation of “safety zones” around lunar sites where future mining and exploration would take place. With its Artemis program, NASA is aiming to return astronauts to the lunar surface by the year 2024.

The space agency will require allied countries to sign the doctrine if they want to participate in the lunar exploration program. NASA said the accord focuses on creating a “safe and prosperous future” between nations amid the shared goal of space exploration, which includes being fully transparent, assisting astronauts in trouble, registering space objects and releasing scientific data.

“We are enabling our important goal of sustainable exploration of the moon while simultaneously safeguarding future science in the permanently shadowed regions,” Thomas Zurbuchen, associate administrator of NASA’s Science Mission Directorate, said in a news release.

“These sites have immense scientific value in shaping our understanding of the history of our planet, the moon and the solar system.”

The NIDs also support a historic human mission to Mars, with a particular emphasis on preventing harmful biological material from being brought back home to Earth.

“It’s vital that NASA’s regulations remain synchronized with our capabilities and plans,” Bridenstine said in a news release.

The directive’s compliance will be ensured by the agency’s Office of Planetary Protection within the Office of Safety and Mission Assurance.