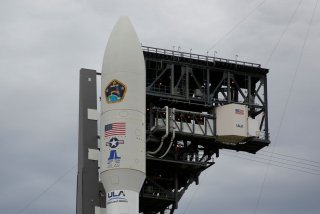 A weak area in the Earth’s magnetic field, located above the southern Atlantic Ocean, has gradually enlarged and moved west at a rate of 12 miles per year over the past half century.

Called the South Atlantic Anomaly, further erosion of this protective field will eventually put the planet in a highly dangerous situation, where it is bombarded with deadly solar radiation.

European Space Agency (ESA) scientists recently noted that in the past five years, the anomaly might have bifurcated. One area is now in the ocean southwest of Africa, while the other is east of South America.

“The new, eastern minimum of the South Atlantic Anomaly has appeared over the last decade and in recent years is developing vigorously,” Jürgen Matzka, of the German Research Center for Geosciences, said in a press release.

Since 1970, the South Atlantic Anomaly has lost 8% of its potency, which reflects what is occurring with the entire planet’s magnetic field. The field as a whole has weakened by about 9% over the past two centuries, according to the ESA.

Scientist aren’t exactly sure why the anomaly split into two.

“The challenge now is to understand the processes in Earth’s core driving these changes,” Matzka said.

A weaker magnetic field can also adversely affect satellites and spacecraft. As more charged particles from solar winds make their way through Earth’s protective shield, low-Earth orbit spacecraft and satellites could suffer from hardware and equipment malfunctions if they get showered by these particles.

Moreover, the International Space Station isn’t immune to such hazards. According to a 2018 study, when spacecraft pass through the anomaly, the humans on board are exposed to “several minutes of strong radiation each time.”

Earth’s magnetic field is created by a swirling liquid iron in the planet’s outer core, located about 1,800 miles beneath the surface. To keep a close eye on its changes, the ESA uses a set of three satellites that is collectively known as Swarm.