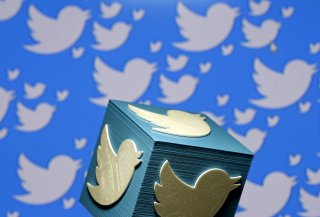 There’s been a lot of consternation lately about Section 230 of the Communications Decency Act. Known as “the Internet’s First Amendment,” Section 230 stated that “no provider or user of an interactive computer service shall be treated as the publisher or speaker of any information provided by another information content provider.” That means that social media companies cannot be held liable for things that users post on their platform.

This year, social media companies have begun to block more social media posts, whether they contain coronavirus misinformation or claims about voting that are untrue. This has led to calls from both parties to revise or even repeal Section 230. The president has called for the latter action, while executive orders, FCC rulemaking and legislative fixes have been proposed to alter Section 230.

The opening hours of the hearing have featured most of the hallmarks of congressional hearings related to technology policy, including both grandstanding and technological illiteracy from lawmakers, the different parties pushing different party lines, and a paucity of actual solutions.

This hearing, however, was different from most in a couple of aspects: None of the witnesses testified in person, while most of the Senators—with the exception of committee chairman Roger Wicker of Mississippi - also appeared remotely. And on multiple occasions, technical difficulties caused testimony to be missed or delayed, with Zuckerberg’s opening statement delayed by several minutes due to a dropped connection. This appeared rather ironic for a committee seeking the power to regulate the Internet. Sen. Maria Cantwell (D-Wash.), the ranking Democrat on the committee, did not have video for her opening statement, which was also ironic concerning her pre-politics career as an executive with the audio tech firm RealNetworks.

The last major congressional hearing of this type, which was hosted by the House Judiciary Committee Subcommittee on Antitrust Issues, took place in late July. During that hearing, lawmakers from the two parties clearly came at the hearing with different priorities. Most of the Republicans’ questions had to do with their claims of political bias on the part of the companies, including the blocking of the president’s tweets and the recent controversy in which Twitter blocked links to the New York Post’s report about Hunter Biden’s laptop.

Democrats, however, were more concerned with the tech companies exerting potential monopoly power as well as the pain Facebook and Google have caused to local news sources. In addition, several Democrats on the committee also argued that it was wrong for the hearing to take place just days before Election Day.

Dorsey, in his opening statement, referred to Section 230 as  “the Internet’s most important law for free speech and safety.”

“We must ensure that all voices can be heard, and we continue to make improvements to our service so that everyone feels safe participating in the public conversation—whether they are speaking or simply listening,” Dorsey said. “The protections offered by Section 230 help us achieve this important objective.”

Sen. Ted Cruz (R-Texas), a frequent critic of the tech companies, had advertised the hearing earlier this week with a fake boxing poster, touting a “free speech showdown” between himself and Dorsey. And when he questioned the Twitter CEO, Cruz asked if he thinks Twitter has “the power to influence the election,” and Dorsey answered no, because “people have choice of other communication channels.”

Meanwhile, Sen. Brian Schatz (D-Hawaii), called the hearing a “sham” and did not ask any questions of the witnesses.

Pichai, in his own opening statement, said that “we approach our work without political bias, full stop.”

“As you think about how to shape policy in this important area,” Pichai said. “I would urge the Committee to be very thoughtful about any changes to Section 230 and to be very aware of the consequences those changes might have on businesses and consumers.”

Zuckerberg, when he spoke, signaled that he’s more open to reform of Section 230 than his counterparts at the other companies.

“Changing [the law] is a significant decision,” the Facebook founder said in a pre-released version of his testimony. “However, I believe Congress should update the law to make sure it’s working as intended. We support the ideas are around transparency and industry collaboration that are being discussed in some of the current bipartisan proposals… I believe we need a more active role for governments and regulators, which I why in March last year I called for regulation on harmful content, privacy, elections and data portability.”

Many advocates for Internet freedom and transparency have argued against changes to Section 230, often arguing that it’s contrary to the spirit of the First Amendment for content moderation decisions to be made by the government. They have also frequently argued that the removal of Section 230 would almost certainly lead to a less free, or overall worse version of the Internet.

“Blowing up Section 230 would be devastating for human rights and freedom of expression globally,” Evan Greer, of the activist group Fight For the Future, said in a statement to the press prior to the hearing. “And it will make Big Tech monopolies like Facebook and Google even more powerful in the process. Poking holes in this law would open the floodgates for widespread Internet censorship, and make it harder for websites to set community standards in the public interest.”

Greer added in an email to the National Interest that “most of the hearing focused on lawmakers complaining about specific tweets or specific moderation decisions while showing an utter lack of understanding of how Section 230 actually works.”

“This reflects a broader problem in how we have approached conversations about Big Tech’s growing power,” Greer added. “We go back and forth endlessly, working the refs in a game that the public always loses. Instead of using Section 230 as a partisan talking point, lawmakers should enact real policies to reign in tech company abuses, like passing strong Federal data privacy legislation, restoring net neutrality, and taking meaningful antitrust action to break up monopolies.”

The president, as is his wont, tweeted during the hearing.

“The USA doesn’t have Freedom of the Press, we have Suppression of the Story, or just plain Fake News. So much has been learned in the last two weeks about how corrupt our Media is, and now Big Tech, maybe even worse. Repeal Section 230!”