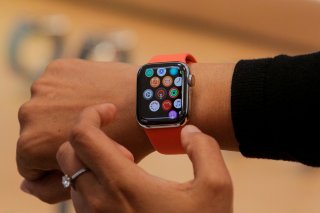 The global market for smartwatches, despite the pandemic, posted 20% revenue growth in the first half of 2020, even as shipments remained flat. In addition, Apple now holds more than 50% of the global market share in the category.

That’s according to new research released this week by Counterpoint Research, which found that the smartwatch category is growing, contrary to the smartphone category and other markets which have suffered during the coronavirus pandemic.

Around forty-two million smartwatches were shipped in the first half of the year, around the world with the U.S. and Europe posting single-digit gains while other markets, including India, saw larger ones.

“Apple continued to dominate the smartwatch market both in volume and value. Apple captured a record half of the market in terms of revenue due to strong demand for the Apple Watch S5 models,” Sujeong Lim, a Counterpoint senior analyst, said in the announcement.

Google’s wearOS is the second most popular smartphone operating system, behind Apple’s watchOS. Counterpoint also said that cellular-equipped smartwatches are becoming more popular, now accounting for about one in four of global smartwatches shipped.

“The brand saw healthy demand (+31% YoY) for its Forerunner and Fenix line, making up one of the broadest portfolios of smartwatches in the market. Europe and North America remain the key markets for Garmin.”

Apple, which unveiled the latest watchOS software earlier this summer at its “virtual” World Wide Developers Conference, is expected to release the newest Apple Watch this fall, while the rumor mill has indicated that perhaps the company is eying the release of a cheaper “Apple Watch SE.”

Samsung, meanwhile, unveiled its latest smartwatch, the Galaxy Watch 3, at its Unpacked event on August 5. That device, which can take ECG and blood pressure readings, will cost around $400.