Why Netflix Is Hiking Prices 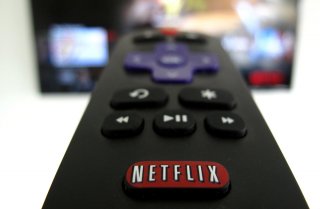 This week, many Netflix subscribers received a notice that their plans are getting a price increase in January, with the most popular plan now costing about $14 a month, in the United States. It’s an increase of $1 over the previous price, although those with premium subscriptions saw larger hikes, and those with the basic plan saw no increase at all.

The price increase was actually announced back in October, and the timing is rolling out over the course of a several weeks, depending on each individual user’s account.

Why its Netflix increasing prices? It would appear that the company knows that it can afford to increase prices incrementally while not losing enough customers for it to hurt them. It’s something Netflix has been doing for much of its history, and that’s a strategy for which the company has been rewarded with subscriber numbers that have continued to rise, along with a consistently increasing stock price.

Netflix benefited from the coronavirus pandemic like few other companies, adding massive numbers of subscribers in the first half of 2020. The streaming service added twenty-six million subscribers in the year’s first two quarters, as customers remained at home and did much more streaming than usual, and the company kept up that growth despite the arrival of such new rivals as HBO Max and Peacock.

Netflix even admitted, at midyear, that there was no way they could keep up the growth all year. And Netflix, in third quarter earnings, announced that they had added far fewer net subscribers than they had in the year’s first two quarters, adding 2.2 million as opposed to the 26 million who were added in the first half of 2020. The company also forecast that it would add 6 million net subscribers in the fourth quarter.

The price hike, therefore, didn’t come as such a surprise. The increase had been predicted in September, when one analyst noted that the company had dismissed the idea of a price increase in its first quarter earnings call but had used much more ambiguous language when sharing the results for the second quarter.

This year, Netflix faced a controversy over its streaming of the French film “Cuties,” which led to a campaign to boycott the service over a film that detractors claimed had encouraged pedophilia. Research firm 7Park found that while the company’s “churn” rate had briefly increased at the time of the controversy, but had returned to their usual number once the controversy subsided.

The service has had a big fall creatively, with the TV series “The Queen’s Gambit” emerging as a big hit, and such movies as “Mank” and “Hillbilly Elegy” likely to compete for Oscars.