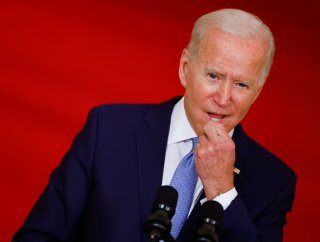 America’s military withdrawal from Afghanistan will long reverberate on the Korean Peninsula. While this “Afghan effect” will be gradual and indirect, it portends far-reaching security consequences for both Koreas. The fallout may accelerate alliance transformation and add fuel to a burgeoning regional arms competition.

The decision to cut America’s losses in Afghanistan delivered a sharp blow to U.S. credibility. However, as President Joe Biden explained, the twenty-year war was “no longer in our national security interest.” Democracy demands accountability. Sooner or later, democratically elected officials shut down open-ended commitments that fail.

Afghanistan became America’s longest war because of an unwillingness to focus on the achievable aim of degrading international terror organizations such as Al Qaeda and the Islamic State. Facing an expansive nation-building mission, Washington’s emerging theory of victory amounted to preventing a weak government from being toppled. Once U.S. troops began to leave, the government in Kabul collapsed.

The speed with which the U.S.-backed government in Kabul crumbled may frighten allies, including South Koreans. But Afghanistan is not Korea. The bilateral ROK-U.S. alliance deters North Korean aggression and advances a free and open regional system. Were America to yank all its troops off the peninsula—a dangerous idea already rejected by national security advisor Jake Sullivan—South Koreans would carry on. However, absent a Combined Forces Command leading both allies' ready forces, North Korea might gamble on a surprise attack. U.S. force presence drastically reduces the chance of miscalculation and helps uphold a peaceful order.

The Afghan effect will accelerate alliance transformation in several ways. The impact of the government's downfall in Afghanistan should spur South Korea to do even more to achieve greater self-reliance by fielding both weapons and trained forces that reinforce deterrence. These military advances will also bring South Korea closer to meeting the conditions to assume wartime operational control. As both governments have made clear, the critical task is less the precise timing of the transition and more the ability to meet the full operational requirements of possible contingencies. A more potent ROK armed force should be accompanied by even closer bilateral planning and policy coordination with the United States. Finally, alliance transformation also means pushing South Korea’s role in providing regional peace and security in tandem with like-minded countries.

A second aspect of the Afghan effect recognizes that Northeast Asia remains the cockpit of cutting-edge military capabilities.

For some time, China has been conducting an arms race on its own. Determined to surpass the United States as the world’s leading military, Beijing is expanding its nuclear arsenal to hold the U.S. homeland at risk while fielding missiles capable of mass precision strike on all U.S.-allied bases in Northeast Asia and beyond. China’s 2013 Air Defense Identification Zone overlaps with South Korea’s and Japan’s; in 2016, China penalized Seoul for deploying a THAAD missile defense system to offset North Korea’s nuclear program; and China’s mounting naval presence could challenge South Korean maritime sovereignty, including in the West Sea and adjacent Jeju Strait.

If Moscow retains status as a major power, then it is mainly because of Vladimir Putin’s investment in strategic arms and willingness to have Russian forces participate as a junior partner alongside PLA forces. Meanwhile, North Korea continues to work covertly to expand and upgrade its nuclear weapons and missiles, including more theater and strategic systems.

Democratic allies have also been active participants in this de facto missile race centered on powers in Northeast Asia. The United States continues to improve its ability to deploy dispersed, resilient, long-range precision-strike weapons. And America’s most capable regional allies are following suit. Australia has embarked on a major missile program, and Japan wants to add more offensive capability to fortify deterrence.

The Afghan effect is likely to reinforce the trends driving this missile race and arms competition. North Korea, far from seeking denuclearization or even arms control, seems bent on greater self-reliance with the help of more advanced weapons. Xi Jinping undoubtedly sees a new opportunity to push back on American power in East Asia. His brand of assertive nationalism is sure to include further military modernization and operations.

While some will point to the apparent dangers of an arms competition run amok, there are also dangers in not keeping pace with the competition. As South Korean armed forces continue to fill out their missile and other defense capabilities, they still need to do more to demonstrate an alliance ability to conduct full-scale operations. The pandemic remains a significant constraint, but after three years without major alliance field exercises, there is a growing risk that the alliance could be resting more on its laurels than actual readiness. It is not enough to conduct just another desktop, computer-simulated command drills like those completed in August.

As the Afghan effect plays out in the years to come, much good can be derived from an inescapably jarring moment in history. South Korea’s greater self-reliance can be good for South Koreans and the alliance with the United States. Pyongyang may ultimately see North Korea’s growing dependence on China as too steep a price to pay for resisting arms talks. And the United States may eventually wind up with more credibility and capability to manage complex challenges globally, with a heightened focus on Northeast Asia and the broader Indo-Pacific region.