Asleep at the Wheel at the Federal Reserve 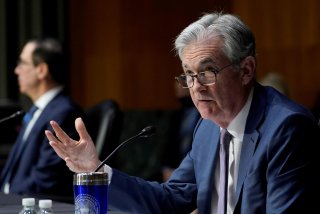 John Maynard Keynes famously said, “When the facts change, I change my mind. What do you do sir?”

Evidently, Federal Reserve Chairman Jerome Powell does not subscribe to Keynes’s view. Despite the major changes in the monetary policy facts over the past few months, Powell sees no reason to change his earlier commitment to an ultra-easy U.S. monetary policy for the next few years. For this error in monetary policy judgment, the country is likely to pay very dearly.

The Powell Fed’s policy response to the coronavirus pandemic has been nothing if not extraordinarily bold. Not only did it immediately slash interest rates to zero. It engaged in a bond-buying program that made that of Ben Bernanke’s Fed look timid. Whereas it took the Bernanke Fed six years to increase the Fed’s balance sheet by around $4 trillion, it has taken the Powell Fed barely six months to do the same thing. In addition, the Powell Fed has indicated that it will now tolerate inflation of above 2 percent for some period of time.

In recent congressional testimony, Powell has repeated his commitment to maintain a highly accommodative monetary policy stance for an extended period of time that is to be measured in years. He sees no reason to even begin thinking about raising interest rates. Nor does he see any reason to start thinking about reducing the Fed’s current monthly pace of buying $120 billion in Treasury bonds and Mortgage Back Securities.

One could understand Powell sticking to the policy course he set out last summer if the economic facts had not changed very much. However, the truth of the matter is that there has been a dramatic change in the facts that have to throw into question the wisdom of committing to years of ultra-easy monetary policy. This would particularly be the case when one remembers that monetary policy operates with long and variable lags.

One major way in which the economic facts have changed radically has been that budget policy has become substantially more expansive than Powell had anticipated last year. In the wake of the Democratic Party gaining control of the Senate, the Biden administration is now pushing full steam ahead with a $1.9 trillion budget stimulus plan. Coming on top of the December 2020 bipartisan $900 billion budget stimulus, this would mean that the U.S. economy will be getting budget support this year in the staggering amount of some 14 percent of the size of the U.S. economy.

One would have thought that a budget expansion of this unprecedented size would have alerted Powell to the real risk that, absent an early change in monetary policy course, we could be heading towards an overheated U.S. economy. This would be especially the case at a time that the Federal Reserve’s aggressive bond-buying policy has led to ultra-easy monetary conditions and to a 25 percent expansion in the broad money supply over the past year.

Another way in which the economic facts have changed is that the Fed’s promise of a prolonged period of easy money has further inflated the world’s everything asset and credit market bubble. We now have a situation where U.S. equity valuations are at levels similar to those on the eve of the 1929 stock market crash and where even the riskiest of borrowers can raise money at record low levels.

One would have thought that Powell would recognize that one of the Fed’s key responsibilities is to remove the punch bowl when the party is getting out of hand. Instead, by continuing to assure markets that he is not even thinking about raising interest rates anytime soon, he is in effect spiking the drink and raising the risk of an even nastier hangover when the bubble finally bursts.

In 2008, when the U.S. housing and credit market bubble burst, so did Alan Greenspan’s inflated reputation as a sound steward of the U.S. economy. If Powell does not wish to share Greenspan’s fate, then he might wish to recognize that there has been a major change in the economic facts. Maybe then he will not be too late in sounding the alarm about the risks of the U.S. economy overheating and the risks of today’s global everything bubble.