Bang for the Buck: How ATM Bandits Ransacked Baltimore 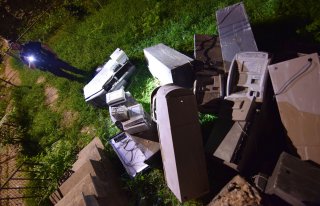 A loud crack echoed across the dilapidated houses in West Baltimore at an unorthodox time of night. It was the thunder of the storm, the sound of corrupt souls committing crimes during a year marred by violence. This was the storm that swept over the city whenever someone’s life changed, whenever a person decided to carve a dark path through the light of existence and snuff out a life for the taste of power that was in it. Only this time, the storm didn’t kill anyone. It was the sound of a van splitting open the glass windows of a convenience store. A second crack whipped through the air like a gunshot, eliciting the occasional bark from a dog. 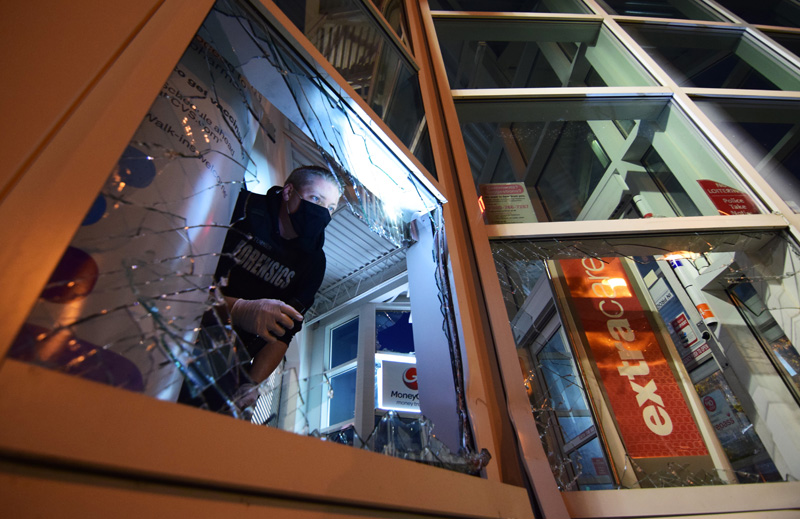 This was the calling card of a team of thieves that had been driving stolen vans into convenience stores and gas stations to steal their ATMs over the span of five months. Dozens of commercial businesses paid a new price for operating in the Baltimore area in the backend of 2021 as the coronavirus pandemic crescendoed toward a new level of uncertainty. For years prior, those stores profited from the labor of the city’s citizens. Now, some of the citizens were profiting by driving cargo vans through the glass window and minimum-security vanity of those companies. It was a Robinhood-gone-wrong solution to a classic ethical conundrum: to be or not to be rich quickly. The thieves made their first foray into the world of bash-and-dash theft tactics on August 26 at a 7-Eleven in Hampden. A few weeks later, on September 14, they drove into the 7-Eleven in Fells Point. Impressed by the quick returns, they quickly expanded their reign of terror across the city. They drove through glass doors and cinder block walls in the early hours of many mornings when the Baltimore Police Department’s helicopter was unavailable. They stole ATM after ATM, essentially becoming big bad wolves with the ability to blow down buildings. 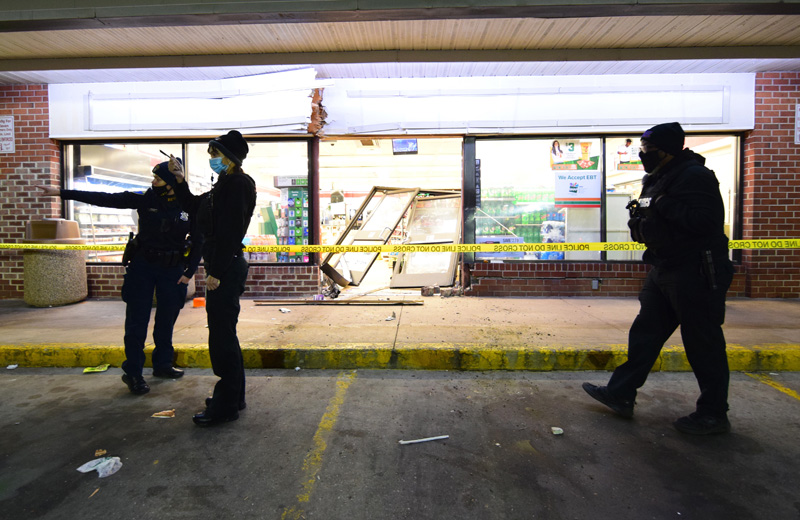 Over the span of five months, these crafty criminals tilled the city into fertile ground in which to grow their get-rich-quick fantasies. They weren’t alone in their endeavors either. Their incredible feats seemed to inspire other people. Their ventures took them further out into the counties and towns surrounding Baltimore. It soon became impossible to tell one group of ATM thieves from the next. The days of successful exploits began to blur with the days of failed endeavors. Only one factor in the formula remained constant: the destruction created in their wake. The police kept track of the extensive damage but couldn’t stop it. They fished out vans that were wedged into buildings. They recovered various parts of ravaged money machines from grassy parks, trashed-out alleyways, and wooded areas. Over time, their struggle to keep up with the tempo of smash-and-grab thefts, which increased month after month, became a part of the show. The city’s citizens had come to expect it. By December, the ATM thieves had learned to expect it too. 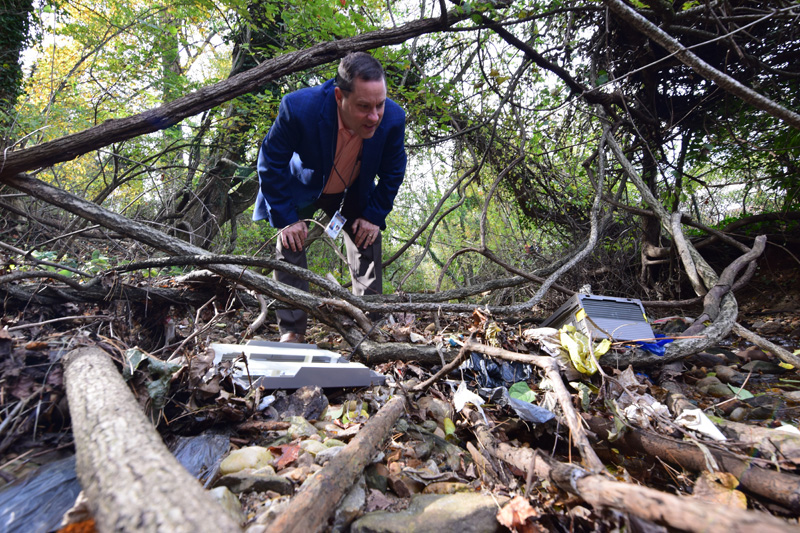 The culture of crime in Baltimore is rooted in its economic inequality. The city is as much a proponent of local success stories as it is a victim of them. After all, success is a subjective word. Someone with enough grit and determination can be successful at stealing a dozen or more ATMs from the stores scattered across Baltimore. Whereas one person might profit handsomely from building a small empire on the backs of drug addicts, another might make millions off of building a corrupt kingdom on the platform of political relationships. Their social status in the wake of their feats would be dictated by a society designed to contort its laws around the comfort zone of its dominant culture. Baltimore suffered in that sense. It was often struggling to survive the norms established by its predecessors as much as it was trying to redefine them. 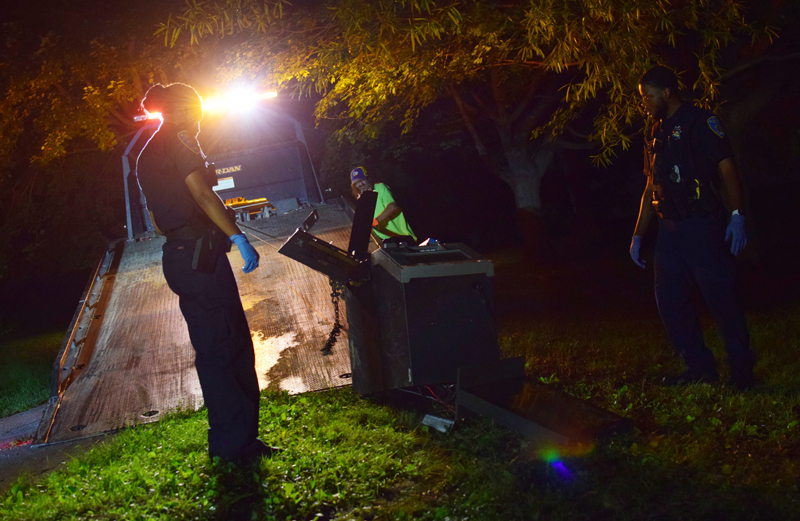 The rich and the poor in the city are often divided by the thin line of opportunity. Their offspring are born onto social battlefields with or without the weapons to fend for themselves. So in 2021, some of Baltimore’s less fortunate citizens began making their own opportunities. They celebrated the Chinese year of the ATM theft blitz with a ferocity that left the city pockmarked with a variety of commercial damage. The crash-and-bash concerts occurred at an infrequent tempo: a pop-up performance here; a surprise venue there. The crime crews—the three to five people who worked together to steal the heavy ATMs—weren’t successful every time they tried to make quick cash. By the end of the year, between August and December, at least thirty-two buildings in the city and surrounding areas had been damaged during desperate attacks to shatter the glass and cinder block protecting electronic money boxes. Sometimes the ATMs were bolted down or inaccessible due to a security gate. During that same time period, Baltimore police recovered at least nineteen of the gutted money machines within the city limits. There was nothing they could do to stop the growing trend.

It was the greatest show on Earth. 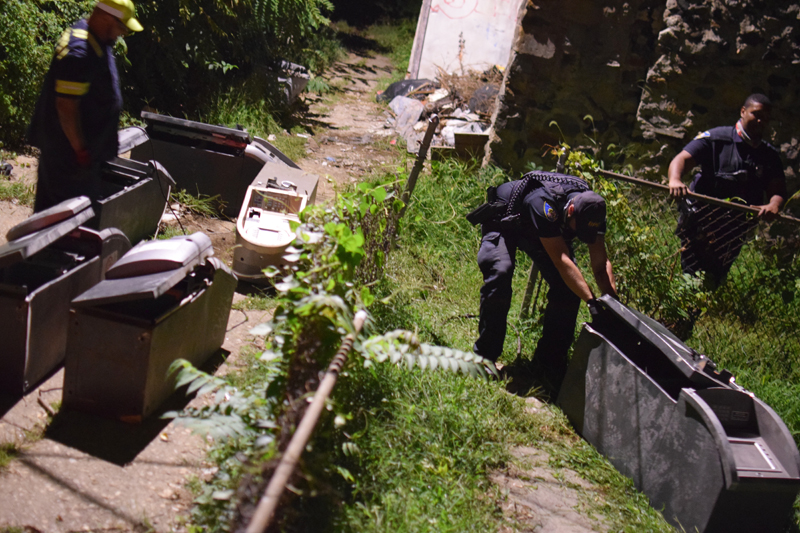