Can India and Pakistan Cooperate with the Taliban? 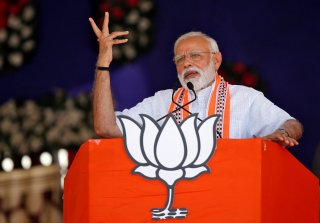 The popular South Asian dictum that “friends can be changed but not neighbors” applies more aptly in the current context of Afghanistan, India, and Pakistan than ever before. In light of the Taliban’s takeover in Afghanistan, it is timely to assess whether there are any converging interests between India and Pakistan that could allow for cooperation in Afghanistan.

Outside of the brief period when the Islamic Emirate of Afghanistan (IEA) ruled Afghanistan from 1996 to 2001, India has historically enjoyed sound bilateral relations with Afghanistan. Conversely, India’s archrival Pakistan has had conflictual relations with the pro-India regimes in Kabul. As it did during the IEA’s rule in the 1990s, India now faces threats to its interests and views the IEA as Pakistan’s proxy, leading it to shut down its diplomatic missions in Afghanistan. Yet Islamabad sees the Taliban takeover as an opportune moment now that a friendly Taliban government is at the helm of affairs in Kabul after a two-decade hiatus. Against this backdrop, it is pertinent to examine whether India and Pakistan can still meaningfully engage with today’s Afghanistan despite their own troubled relations.

During the IEA’s era, India joined Iran, Russia, Tajikistan, and Turkey in supporting the Northern Alliance’s resistance against the Taliban. India did not gain much by opposing the Taliban and supporting the Northern Alliance. In the post-9/11 period, India initiated a new strategy of engagement that included strengthening its diplomatic presence, enhancing security cooperation, and investing $3 billion in various infrastructure projects in Afghanistan. Hence, with India choosing soft power over military intervention, it favored symbolic projects such as the construction of the national parliament building, the Salma Dam, and roads connecting major city centers. After earning goodwill among the Afghans, India is now unwilling to completely cede its interests in Afghanistan. It is likely to continue, directly or indirectly, its engagement in Afghanistan.

Unlike Pakistan, India’s options are limited and complicated in terms of engagement with the Taliban. It currently appears that India has decided to wait and see what the future holds. Some in India believe that forging close ties with the Hamid Karzai and Ashraf Ghani governments, training Afghan intelligence and security personnel, and making massive investments bore little fruit. However, New Delhi considers its relations with Afghanistan and its infrastructure development as long-term investments. Instead of supporting one group against the other, India has traditionally supported the democratically elected and Western-supported government. While it backed the Northern Alliance in the past, this time India did not support the Panjshir resistance. This suggests that India will support the only government that enjoys legitimacy at home and recognition abroad. Therefore, based on its soft power credentials, India may continue to portray itself as a true friend of Afghanistan that is supportive of Afghan sovereignty. Due to its limited options, India needs to change its perception of the Taliban to pave the way for any possible tangible and sustainable engagement with Kabul.

However, the possibility that the Taliban will act as a proxy of Pakistan may hinder productive Indian engagement with the Taliban. Contrary to this myopic perception, past experiences indicate that the Taliban has never directly threatened India. Even on the issue of Kashmir, the Taliban has taken a very different stance from Pakistan and considers “Kashmir as India’s internal matter.”

Yet, India fears reprisals from the Haqqani Network while Pakistan fears attacks from the Tehrik-e-Taliban Pakistan (TTP). Although the Haqqani Network and the TTP fought alongside the Taliban to capture power, it appears that the Taliban is not a monolithic organization but rather a conglomeration of different groups that are united due to their Pashtun identity. Thus, both India and Pakistan face similar challenges from these groups. In addition, Al Qaeda in the Indian Subcontinent (AQIS) and Islamic State of Khorasan (ISK) both have expansionist plans in South Asia and pose challenges to India and Pakistan alike. The former empowers the existing local militant groups while the later supports fundamentalist militant groups and discards the concept of national boundaries. ISK considers the Kashmir conflict to be religious in nature and intends to establish a caliphate without national borders. This approach contravenes Pakistan’s belief that its dispute with India over Kashmir is fallout from the Two-Nation Theory—the basis of the partition of the Indian subcontinent.

Considering these common challenges, both countries appear to be on a conciliatory path in their bilateral relations. Pakistani prime minister Imran Khan has stated that there is no major issue between the two countries besides Kashmir. If India reverses the revocation of Article 370 in Kashmir, relations can be normalized. Intentionally or not, India has declared that Kashmir will eventually be given the status of full statehood at a time of India’s choosing. Thus, it appears it is only a matter of time before relations improve. In addition, after having both witnessed the volatility of their disputed border (the Line of Control, or LoC) and having exchanged artillery fire across the LoC for years, India and Pakistan reaffirmed a 2003 ceasefire agreement in February 2021 and have strictly followed the ceasefire since.

Both countries, fatigued by terrorism and proxy wars, aspire for their respective economic development and social upliftment. Pakistan asserts that it is in the process of shifting its policy from geostrategic to geoeconomic. This will help facilitate Pakistan’s removal from the Financial Action Task Force grey list in connection to terrorism financing and the improvement of its trust deficit with India. Additionally, as it aims to emerge as a great power and faces an active border conflict with China, India would benefit by building trust with Pakistan. In this direction, it is speculated that both the countries’ intelligence agencies have been in touch and have held secret meetings to normalize their bilateral relations.

In addition to the bilateral efforts, India and Pakistan may also gain from a regional approach toward Taliban-led Afghanistan. This regional approach could have a broader agenda considering the variety of non-traditional security challenges currently emanating from Afghanistan. Besides terrorism, other challenges include the presence of three million Afghan refugees in Pakistan and about 11,000 in India as well as transnational illegal activities, such as a thriving drug trade, around Afghanistan. Islamabad has already expressed concerns that chaos in Afghanistan could exacerbate the narcotics problem in the region. Similarly, India became alarmed after it seized $2.7 billion worth of heroin from Afghanistan in a single shipment in September 2021.

Despite many mutual concerns, there has been no direct bilateral communication between India and Pakistan on the issue of Afghanistan. Both sides have missed the opportunity to meet on the sidelines of forums like the United Nations General Assembly (UNGA) and the Shanghai Cooperation Organization (SCO). In fact, at this year’s UNGA session, India and Pakistan instead decided to bring out the old barbs of blaming and counter-blaming each other for fueling terrorism and violating the human rights of minorities.

While Afghanistan is a full member of the South Asian Association for Regional Cooperation (SAARC) like India and Pakistan, the SAARC process has been practically moribund since India withdrew from the 2016 summit that was scheduled to take place in Pakistan. With the SAARC proving to be an ineffective platform to overcome the India-Pakistan hurdles, the SCO appears to be a more suitable forum because almost every regional actor is a full member, including India and Pakistan (Afghanistan only holds observer status). However, after ramping up tensions with China and joining the Quadrilateral Security Dialogue with Australia, Japan, and the United States, India has treated the SCO differently, resulting in India not participating in the 2020 SCO military exercise in Russia.

While multilateral forums face challenges due to the existing geopolitical dynamics between India and Pakistan in the SAARC and India and China in the SCO, New Delhi and Islamabad stand to gain by bilaterally engaging on the issue of Afghanistan. Instead of turning their neighbor into a liability, they can turn Afghanistan into an asset through constructive engagement aimed at stability in the region.

Dr. Dalbir Ahlawat is a senior lecturer at the Department of Security Studies and Criminology, Macquarie University, Australia.