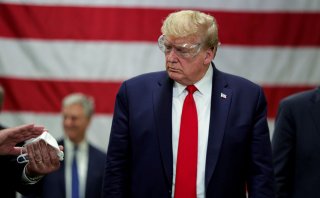 From initial shudders in March to near-total paralysis a few weeks later, the global pandemic has rapidly wreaked systemic havoc. The loss of paid work, the planetary disruptions, the vast contagion—these and other consequences have been overwhelming.

Less recognized is the pandemic’s exposure of a habitual weakness in the U.S. economy, a type of obsessive compulsion disorder (OCD) in single-minded pursuit of “business efficiency,” a maxim of American business for the last seventy-five years.

The drive for efficiency initially took shape in the time-and-motion productivity studies of the late Forties. By the 1980s, it had led to the tyranny of “just-in-time” inventory management. Now, under pandemic conditions, the resulting supply chains have been stretched to their breaking point. Does a simple resumption of a tireless pursuit of cheap/cheaper/cheapest really offer the best hope for a durable recovery?

If reducing consumers’ retail costs has become the all-defining metric, then the maintenance of product and service quality has taken secondary importance in our manufacturing economy. Post-pandemic vulnerabilities have become so apparent in critical supply chains that we cannot evade a comprehensive re-think.

Some pretty obvious national security considerations are driving supply-chain anxieties. This obsession with efficiency has already hollowed out large swathes of our defense industrial base, destroying jobs and marginalizing once vibrant U.S. regional economies. The madcap chase of price competitiveness has also led to a reliance on subpar environmental and labor standards so common in overseas farms, mines and workshops.

Even a simple rethink of our manufacturing foundations sounds suspiciously like the long-ago debate about “industrial policy,” a discussion out-of-fashion since the Reagan years. It carries a scent of the Depression Era’s “economic planning” and the like. Yet the metrics of our current economic contraction show that’s exactly where we are.

Beneath the surface idiocy of our national politics, one can discern policymakers and thought leaders from both sides of the political aisle finding common ground in a range of manufacturing interests and issues.

Reshoring the U.S. industry has long been a pillar of progressive thinking—but also figured in the 2016 election. Pushing back against China’s near-complete control of critical industries and supply chains has now become a Republican priority. House of Representatives Minority Leader Kevin McCarthy (R-Calif.) has recently formed a “China Task Force” focused on regaining industrial control, while Sen. Mitt Romney (R-Utah) has written inspiringly about the need to confront China’s industrial predation.

In sum, a consensus has emerged about government leadership in reviving the U.S. industrial base. Effective action bringing critical supply chains back home need not break the bank. The United States and North American mining sector offers a doable agenda—amenable both to the Republicans’ China Task Force and to the renewable energy ambitions of Democratic progressives.

For over fifteen years, China has made mining and mineral processing a strategic priority; meanwhile, a broken U.S. mining regime has crippled a once-dominant industry. The figures say it all: U.S. mineral import reliance has more than doubled over the past twenty-five years. China now controls the supply of twenty-three of thirty-five minerals deemed “critical” by the U.S. departments of defense and interior.

These minerals—cobalt, graphite, lithium and various rare earths—comprise the building blocks of renewable energy technology. Recent World Bank analysis shows how demand for minerals essential to wind and solar power (as well as for lithium-ion batteries and electric vehicles) will increase by at least 500 percent by midcentury. Our national decarbonization effort, as well as more global ambitions, depend on a global production ramp-up of key minerals over which China has asserted monopoly control.

The permitting process for opening a new mine can gobble up a decade or more; by comparison, Australia and Canada issue permits in a fraction of the time while preserving environmental safeguards. Some promising projects, such as the Resolution Copper project in Arizona or the Twin Metals project in Minnesota, have collided with a system intended to thwart projects altogether.

Legislation in both the House and Senate exists to tackle the mine permitting problem but mining has largely split support down partisan lines. Today’s pandemic pandemonium can get us past that. On the one hand, clean energy advocates realize that their favored technologies must have accessible mineral supply chains; on the other hand, the deepening strategic struggle with an authoritarian China points to how America has loosened Beijing’s grip on vital industries and strategic supply. Surely, a U.S. consensus lies in sight.

This means a return to a well-considered industrial policy putting strategic industry, resilient supply chains and American jobs before a blind commitment to price-driven “efficiencies." In the new era unexpectedly ushered in by 2020, whether it’s minerals supply, computer chips or telecommunications hardware, the chance to rebuild critical domestic industry has arrived.