China Offers a Terrible Alternative to the Liberal Order 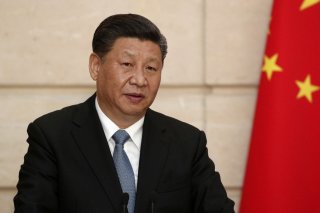 Democracy and its close cousins, the “liberal ideals,” are on their deathbed, and a new set of instruments is needed. Thus argues the Chinese Communist Party (CCP), which in recent years has presented its “China model,” or “enlightened authoritarianism,” as a more suitable alternative to meet today’s challenges.

At first glance, it may appear that the strategists in Beijing have a point. From the 2008 financial crisis to Brexit, the travails of Western democracies to the haphazard handling of the Covid-19 pandemic, one could be forgiven for concluding that democracy, with its inherent messiness, is ill-suited to tackle contemporary and future crises, and that a firmer guiding hand is the solution.

Certainly, the Beijing model has had its appeal in the global south. With the world’s leading democracies seemingly running out of steam, the appeal of strongmen and their supposed ability to “get things done” has increased. After all, under the guidance of the CCP, China has lifted millions of people from poverty, we are told, and it has controlled the pandemic when other countries have been brought to their knees. Never mind that much of this narrative relies on a strong dose of propaganda and censorship, or that those who look too closely at the claims might end up in jail.

And then there is the lending, which has served as Beijing’s principal conduit for influence worldwide. Dispensing with the various rules that come attached to international lending institutions—the direct products of the liberal-democratic camp’s victory against fascism in World War II—the Chinese way promises a more expedient alternative, one that does not come with the perceived handicap of past colonial abuse. However, as the International Republican Institute’s (IRI) new report, Coercion, Capture, and Censorship: Case Studies on the CCP’s Quest for Global Influence, demonstrates, the China model creates its own sets of problems and tends to exacerbate dysfunctionalities in the societies where it has exerted the greatest influence. This investment has served as an entry point for political influence, leading to deepening censorship in Indonesia, the Zimbabwean government’s flirtations with the “China model” of governance, and a troubling shift toward authoritarianism in the Solomon Islands.

None of this is to say that the liberal model is without its problems and blind spots, or that longstanding practices need not be rethought and adapted to make them more suitable to current challenges. Still, this model’s insistence on accountability, transparency, sustainability, and environmental protection—ideals that benefit all, not just those in Western democracies—contrasts sharply with the Chinese model’s tendency to thrive in environments where such guardrails are weak or lacking. By insisting on certain principles, the liberal model is inherently aspirational and believes in the perfectibility of society, whereas the alternative proposed by the CCP is by default pessimist, assuming that corruption, unaccountability, human rights violations, and other forms of collateral damage are constant facts of life and therefore part of the process.

The liberal model is aspirational, cognizant of its shortcomings and the imperfectability of man, and embraces tolerance amid efforts to improve itself. It is designed to contain man’s worst impulses and channel them toward good, as opposed to the illusory utopian promises of centralized systems, which in fact exacerbate and systematize those worst impulses under the guise of progress. The Chinese alternative is buttressed upon a grand narrative that countenances little scrutiny and often relies on a cohort of co-opted individuals in business and government who put self-interest well ahead of the common good.

That is not to say that China does not have a legitimate right to seek influence, or that every aspect of its influence efforts is illegitimate. However, many of the mechanisms that the CCP has relied upon have tended to have a corrosive effect, and that is largely due to the nature—secretive, paranoid, unaccountable—of the party itself.

By empowering and strengthening the kleptocrats who make perfect bedfellows for Beijing, the CCP’s alternative model undermines the state’s ability to reflect upon itself. The model thereby undermines the creativity and malleability that are essential ingredients for adaptation and, when needed, course corrections. Indeed, the Beijing way may look like a straighter arrow than its liberal alternative, but if and when that arrow points in the wrong direction, it is redirected with much greater difficulty, and at much greater cost.

Time and again, the liberal democratic model has demonstrated its ability to bounce back when it seemed that it had reached a dead end. It finds strength in its plurality, resilience in its messiness, and with renewed vigor, vision, and humility, it can continue to offer the best—albeit never perfect—way ahead for the international community in the twenty-first century. Conversely, the shadowy pathways and intolerance that lie at the heart of the Chinese model put into serious doubt the viability of this whole enterprise, as the recent headwinds encountered by the Belt and Road Initiative—in whose wake one encounters broken promises, corruption, debt traps, and a destroyed natural environment—are making perfectly clear.