Is a Chinese-Led World Order Inevitable? 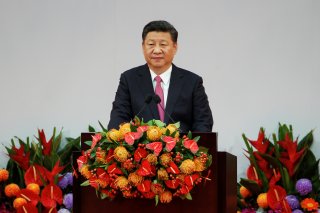 Whether it’s Chinese leader Xi Jinping lecturing Canadian prime minister Justin Trudeau about media leaks during the G20 summit, the recent nationwide protests against China’s Covid-19 restrictions, or the nostalgia for a more open China prompted by the death of former Chinese president Jiang Zemin’s, people are puzzled as to what kind of China we are dealing with. After all, the distinction between “revisionist” and “status quo” is too simplistic.

For decades, scholars have imagined China’s assimilation into the global system, even discussing a future Chinese-led order. If international relations are understood as the structure and socialization of states based on identities and interests, properly identifying China’s “type” is necessary. Identification itself will lead to neither the trap of confrontation nor appeasement. Rather, it is the first step toward realistic policies and understanding China’s often mythical behavior.

Scholars generally accept that the Chinese Communist Party (CCP) has a Leninist organizational structure. This explains Beijing’s ruthless repression at home. Though domestic politics often extend to the foreign realm, there are competing views of China’s foreign behavior: reactive, defensive, offensive, revisionist, revolutionary, etc. There are too many theories about international relations, so the challenge is to identify the best theories, those that are logically coherent and empirically accurate. This is important because theories not only explain but predict.

Many scholars regard China as a realist state, and many Chinese international relations experts also believe in realism. Nevertheless, realism is a continuum whose degree and micro-foundations matter. Although scholars can trace China’s realism back to the “Warring States” times, the last thirty years provide us with a valuable lens.

Mao’s era was ideological, while his successors were quite rational and pragmatic. The United States was brought in to counter the Soviet Union. After Mao’s death, Chinese leaders’ reformist gestures shaped people’s perceptions and led to decades of policies of engagement, such as village elections, market-oriented reforms, and the semi-functioning of the National People’s Congress. Indeed, the 1980s were the “golden decade.”

Things began to change around 1990. Several events, such as the Tiananmen movement and the fall of the Soviet states, reconstructed Chinese threat perceptions. When Chinese leader Deng Xiaoping remarked that the student protesters at Tiananmen Square “were supported by the West to topple the socialist regime,” he realized that the existential threat now came from the West. After the Tiananmen Square crackdown, Jiang Zemin soon purged student leaders and began censoring the internet, which evolved into the sophisticated Great Firewall we see today.

But China was weak. In 1990, China’s gross domestic product was only one-twentieth of that of the United States. It had a backward military and an unstable political system. Unlike others, realists tend to perceive the world as more abysmal. After witnessing so many Communist states collapse, China saw the international system—a U.S.-led hierarchy, though not anarchic—as a world of self-help. Surrounded by U.S. military bases, facing sanctions, fearing that liberal ideas might threaten the regime, and lacking allies, Beijing felt insecure. This sense of existential insecurity cannot be wished away, no matter what the United States may promise.

The only choice left was to increase China’s capability or shift the balance of power, as realists predict. Among China’s strategic shifts was its focus on the rapid development of asymmetric weapons, such as ballistic missiles and submarines, rather than expensive projects like aircraft carriers. The purpose was to use an asymmetric advantage to counter the United States’ high-tech military superiority.

The second pillar was, of course, the economy. China had to rely on American markets, capital, and technology. Since its accession into the World Trade Organization (WTO), investments, technologies, and management experience have poured into China, creating millions of jobs and thousands of research and production facilities.

Over nearly two decades, China’s overarching strategy was, to use Deng’s words, “hide your strength, bide your time, never take the lead.” Archives indicate that the rationale for this strategy was based on a clear assessment of the international power comparison, a typical realist approach. Liberals may argue that it was economic (inter)dependence that prevented high-profile actions by China. This, however, ignores the fact that CCP leaders have repeatedly stressed the importance of a “period of strategic opportunity” and that “China will be invincible if it seizes this opportunity to grow.” This is a clear reflection of power calculations, balancing, and strategic delay. China had no choice but to “soft bandwagon.”

From 1989 to 2002, CCP General Secretary Jiang Zemin largely followed this guide, displaying reformist characteristics. Despite incidents such as the U.S. jet crash in the South China Sea and the bombing of the Chinese embassy in Belgrade, Jiang tried to cool it down. Nevertheless, he brutally cracked down on the then-popular Falun Gong, among other dissidents, with much tighter restrictions than in the 1980s.

Jiang’s successor, Hu Jintao, wasn’t as strong per se, but the collective leadership nevertheless remained vigilant. The supposed threats of “peaceful subversion” and “color revolutions” were often referenced by the government. Domestic crackdowns continued. Despite this, Hu sought to portray China as a country engaged in a “peaceful rise” and a responsible stakeholder. Indeed, he responded to external concerns regarding human rights and hosted North Korean nuclear talks.

Rise to the Top

Then, China’s economy boomed, surpassing Japan after the 20008 global financial crisis. Chinese leaders’ speeches at the time reflect the party’s emerging perception of the West’s decline. For realists, international structure and capabilities are of particular relevance. Not surprisingly, China moved past its former low-profile posture. Hu’s “going out” strategy was a mercantilist approach aimed at securing energy supplies and expanding China’s influence. Importantly, China’s repeated calls for multilateralism and multipolarity weren’t just about democratizing global governance. They were a reflection of the “power rebalance.”

Xi’s era took it all to a new level. After becoming president in 2012, Xi emphasized the importance of fighting Western liberalism. The United States was often portrayed by Chinese media as corrupt and chaotic. Xi launched a cult of personality and anti-corruption campaigns to consolidate power and stepped up the crackdown on human rights protestors, lawyers, labor unions, media figures, and religious groups, and in Xinjiang and Hong Kong. With advanced surveillance technologies, digital authoritarianism in China reached an unprecedented level. In his pursuit of “national rejuvenation,” Xi has doubled down on mercantilist policies to strengthen China’s economy and security by centralizing global supply chains.

By 2017, China’s GDP had hit $12 trillion, and its military dwarfed that of the United States and its allies in East Asia. In February 2017, Xi proclaimed the “great changes unseen in a century” and, later, “the East’s rise and the West’s fall.” This reflects a realist view of power distribution, as well as a desire for change. Xi’s foreign policy became more assertive. China built up its global military power and escalated territorial disputes, with increased flights over others’ airspace. Xi is not afraid to use statecraft to achieve concessions, not to mention his long list of offenses, such as interference in foreign elections and cyberattacks. Under Xi, China has also sought to forge its own economic and security institutions, perhaps as part of Xi’s call for “a new fair global order.” Beijing’s talk of the “common destiny of humankind” notwithstanding, it has stood firm with Russia over its invasion of Ukraine (though it later shifted to neutrality) and exported authoritarianism worldwide.

As shown, China’s behavior over the past thirty years has been consistent with the tenets of realism. But why did this happen? Power distribution and capability are obviously two driving forces; China has emerged as the only superpower aside from the United States. The realist pursuit of the national interest is frequently cited in party archives as a reason why China needs to fight resolutely. As a popular saying in China goes: “Mao made China stand up, Deng made China rich, and Xi made China strong.” Such remarks represent the normative desire for China to be wealthy and powerful.

But national interest alone is insufficient to explain the degree of China’s realism. Security, according to realists, is the most important concern for states. As Deng once said, “stability dominates all else.” Indeed, at the recent 20th Party Congress, security was given a historic level of importance, surpassing even the economy.

Realists don’t emphasize ideology. But Leninism and authoritarianism are the very micro-foundations of China’s view of a liberal world as a security threat. Because ideas can spread, Chinese citizens may demand liberal values, as demonstrated by the recent protests. This insecurity cannot be wished away, and Xi’s repeated calls for “four confidences” instead suggest a lack of confidence in his rule. The zealous resistance to losing power is manifold. Consequently, the CCP’s philosophy has become “nipping danger in the bud whenever possible.”

This is hyper-insecurity, which leads to hyper-realism. Realists argue that insecurity motivates states to seek more power—preservation at least and domination at most. The CCP’s absolute dominance at home and extreme suspicion of a liberal world set it apart from other realist states like India, Vietnam, or even Vladimir Putin’s Russia before the war. In fact, the building of China’s own economic and security spheres, combined with its superpower capacity, is hardly an indicator of a defensive or preserving strategy. If the CCP’s leaders are still rationalists, it then depends on which approach works best for maximizing their goals.