Climate Change and Resource Scarcities are Reshaping the World Order 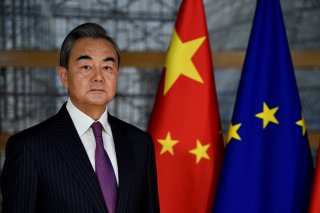 Like the four horsemen in the book of revelation, climate change and resource scarcities bring disastrous occurrences to mankind.

The 2021 United Nations Climate Conference (COP26) focused on predictions that climate change is likely to push billions of people into unlivable conditions. Yet it largely avoided the fact that, before such a disastrous scenario, humanity may have another existential struggle on its hands—war by nation-states fighting one another over increasingly-scarce resources.

Climate change and resource scarcities interact cataclysmically with one another. The most dramatic example is water from the Himalayan Plateau, which flows into China, India, Pakistan, and Bangladesh. Due to economic development and population growth, more water is needed than ever—and demand will continue to increase. Due to climate change, the world’s glaciers are melting, leaving less water flowing into river systems.

The global water picture is on par with or even worse than climate change. According to the United Nations Children's Fund, half of the world’s population could be living in areas facing water scarcity by as early as 2025. Some 700 million people could be displaced by intense water scarcity by 2030.

On the energy front, the need to cut carbon dioxide emissions implies a switch from energy sources such as coal and oil to less polluting sources. That is possible, but at a price. High technology requires minerals—some of which are scarce, for example, rare earths—to produce electronic gadgets such as cell phones. There may be enough for some time, but some of them can only be mined in a few places around the world.

These omens of a switch from an era of plenty to an era of scarcity is sending strategists back to the drawing board and shivers down the backbone of policymakers. It is not said openly, but behind closed doors, big powers are maneuvering to get access to resources and to shut the door on competitors.

In the summer of 2022, NATO will adopt its new strategic concept. In an interview with the Financial Times on October 18, 2021, Secretary-General Jens Stoltenberg disclosed that the concept will embody strengthening collective defense to counter the rise of China. He added that the rise of China has already impacted the security of NATO members.

In case you forgot, NATO was a military alliance designed to defend a societal system—democracy and market economy—against the Soviet Union’s authoritarianism and central planning. China has no intention whatsoever of exporting its societal system. While not a threat to NATO members, Beijing is a threat to the view that the West has the right to control global wealth, use resources as they desire, disregard others’ needs, and continue to pollute with impunity.

China is being targeted now because it has articulated a demand for a larger share of the global pie and because Beijing refuses to slide gracefully into the role allocated to it by the West. In reality, the net is cast much wider. The United States fears that EMDEs (Emerging Markets Developing Economies) may align with China in the fight for resources. America’s weakness is that these countries are closer to China on the curve of economic development and welcome China’s embrace of non-interference in their internal affairs—contrary to U.S. and EU preaching on human rights. China’s weakness is that while its wolf warrior diplomacy looks good in a domestic context, it is not conducive to winning friends. Becoming a satellite in the Chinese sphere of interest is as unappealing as colonialism was or dependence on the United States is. China is heavy-handed, but the United States mostly ignores the EMDEs.

Not surprisingly, these countries have chosen a third way: sitting on the fence and biding their time. Russia is tilting towards China; Japan towards the United States. Korea is somewhere in between. The EU is undecided.

So far non-committal, the Europeans may decide the fate of U.S. grand designs. Immense pressure to force Europe to toe the line can be expected, and the threat of the United States leaving Europe militarily is Washington’s trump card.

India, Russia, Japan, South Korea, and the EMDEs will watch the EU’s reaction. If the Europeans decide to backpedal and stay outside a new American alliance system, preferring to chart their own course in the twenty-first century, more states may decide to do the same.