Coming Soon: The Demise of the U.S. Dollar? 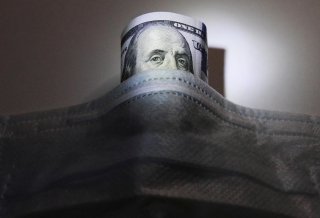 There are many reasons to worry about the U.S. dollar’s underlying economic fundamentals. However, before despairing that America is well on the way to a dollar crisis a person might want to ask two questions.

First, does the dollar have any serious rival to displace it as the world’s international reserve currency? Second, would the dollar not fare well in the event that today’s global everything asset and credit market bubble were to burst? The answers to those questions would suggest that America is not about to experience a dollar crisis anytime soon.

The dollar pessimists point to the extraordinary easing of U.S. economic policy in the wake of the coronavirus pandemic as a reason for dollar despair. Never before has the United States had a peacetime budget deficit anywhere nearly as large or a public debt level anywhere nearly as high as it has today. Never before, too, has the U.S. Federal Reserve kept interest rates so low and expanded its balance sheet as rapidly as it is doing today.

Equally troubling is that there is very little prospect that there will be a change in U.S. economic policy anytime soon. The Biden administration is intent on securing passage of yet another massive budget stimulus package. At the same time, the Federal Reserve repeatedly assures the country that for the indefinite future it intends to keep interest rates at record low levels and to keep expanding its balance sheet.

The dollar bears correctly argue that, by reducing the country’s savings level, the unusually large U.S. budget deficits will lead to a further widening of the country’s external deficit. At the same time, very low U.S. interest rates do not offer foreign investors a sufficient return to keep holding the dollar. The dollar bears argue that this combination of a higher external deficit and the lack of incentive for foreigners to maintain their dollar balances risks bringing on a dollar crisis.

The troubles currently facing the Euro, the main challenger to the dollar’s dominant international reserve currency position, would illustrate this point. Not only is Europe experiencing a very much deeper economic recession than the United States and not only does Europe now have significantly negative interest rates. Europe also appears to be on the cusp of another round of the Eurozone debt crisis that could pose an existential threat to the Euro.

It is particularly troubling that the next Eurozone sovereign debt crisis is likely to be centered on Italy, a country whose economy is some ten times the size of that of Greece. Never before has Italy had a larger budget deficit or a higher public debt to GDP ratio than it has today. Yet stuck in a Euro straitjacket and deep in an economic recession, Italy will not be able to restore order to its public finances without resorting to a debt restructuring that could shake the Euro’s very foundations.

Neither Japan nor China, whose currencies to date have not been very widely used as reserve currencies, are likely to pose a real threat to the dollar anytime soon. Japan currently has public finances that make those in the United States look balanced. Meanwhile, China is presently in the midst of a credit bubble of epic proportion and it continues to maintain strict capital controls that would seem to disqualify its extensive use as a reserve currency.

Yet another factor that is likely to be dollar supportive in the period ahead is the safe haven reputation that its very deep capital market affords it. Once when world monetary policy begins to tighten today’s global everything asset and credit market bubble bursts, investors around the world can once again be expected to seek the safe haven of U.S. Treasuries at a time of financial market turbulence.

All of this is not to say that Americans should not be concerned about the abysmal state of their country’s public finances. Large budget deficits and rapidly rising debt levels threaten to pose a heavy burden on the children and grandchildren of U.S. citizens. Rather it is to say that the risk of a dollar crisis anytime soon need not be the main reason to be concerned about the troubling direction of the country’s public finances.