Conservatism Must Be More Than Grassroots Activism 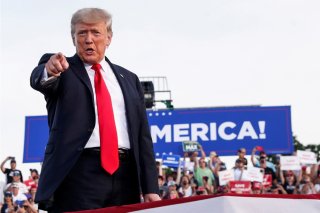 The modern conservative movement itself is very diverse as it relates to academic and grassroots conservatism.

On the one hand, you have academic conservatives born out of the tradition of Edmund Burke, Russell Kirk, William F. Buckley, and Thomas Sowell. They often labor in academic institutions or think tanks, priding themselves as thoughtful, reflective conservatives. They maintain a strong intellectual connection with the founders of the modern conservative movement. They publish thorough articles, books, and provide comprehensive speeches. As America reflects on its problems with education, the academic conservatives provide the intellectual foundation for a return to quality education.

We always include academic conservatives at the Western Conservative Summit. They may not be the biggest draws generating ticket revenue, but their speeches can be read decades from now and still be relevant. They are the philosopher kings of the conservative movement.

Without grassroots conservatives, the ideas of conservatism aren’t implemented in our laws. They mobilize to elect conservative leaders. They knock on doors to support their candidates, attend rallies, post on social media, speak to their neighbors, hold elected officials accountable, and ultimately change our communities. They are willing to sacrifice their time and treasure to see conservative ideas implemented.

We always include grassroots conservative leaders at the Western Conservative Summit. They sell the most tickets, generate the most energy, attract the most media, and ultimately put conservative ideas into practice.

There is, however, suspicion between the two groups. Grassroots conservatives are suspicious that intellectual conservatives are easily swayed by liberal academia. Academics are too nice, too thoughtful in a world desperate for bold conservative leadership. Grassroots believe we don’t need another conference, research paper, or book. We need leaders today that will change the direction of the nation.

Both critiques are valid. Academia is brimming with leftist ideas that are very difficult to withstand. A vast majority of professors are very liberal. University administrations and student bodies are also very liberal. To be a conservative within these institutions is to maintain beliefs contrary to the flow of the organization and field of study.

Grassroots conservatives, without a robust understanding of the philosophical foundations of conservatism, can be easily swayed to abandon those principles to win elections. The “why” of conservatism is just as important as achieving an electoral victory.

The modern conservative movement requires both intellectual and grassroots leaders. Without the grassroots, conservatism is an idea bantered about within political science conferences and small elite dinner parties. Without the intellectuals, the foundational principles of conservatism are easily abandoned to win elections. If either is lost, the result is the same: liberalism prevails.

A conservatism that embraces its deep, historical, intellectual, thoughtful, philosophical roots combined with daily, practical grassroots engagement is a formula for a powerful conservatism that will change this nation.

Jeff Hunt is the Director of the Centennial Institute at Colorado Christian University and Co-Chairman of the Western Conservative Summit.