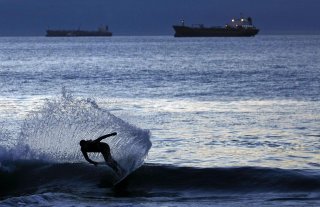 Some people claim that we need to cut our consumption or there will be no hope for the planet. Such claims are based on the thesis that continued growth increases the rate at which the earth’s finite resources are consumed and, moreover, leads to irreversible climate change. And such warnings are by no means new. In 1970, for instance, the Club of Rome attracted a great deal of attention with the publication of The Limits to Growth. A Report for the Club of Rome’s Project on the Predicament of Mankind, which has to date sold more than thirty million copies in thirty languages. The book warned people to change their ways and had a clear message: the world’s raw materials, and in particular, oil would soon be used up. In twenty years, the scientists predicted, we would have used the very last drop of oil. Of course, the Club of Rome’s models for the depletion of oil—and almost all other major raw materials—were wrong. According to the scenarios presented in The Limits to Growth, we should now be living on a planet that has been devoid of natural gas, copper, lead, aluminum and tungsten for decades. And we were supposed to have run out of silver in 1985. Despite the bleak forecasts, as of January 2020, the United States Geological Survey estimated silver reserves worldwide at 560,000 tons.

Employing an extensive array of data, the American scientist Andrew McAfee proves in his book More from Less that economic growth is no longer coupled to the consumption of raw materials. Data for the United States, for example, show that of seventy-two resources, from aluminum to zinc, only six are not yet post-peak. Nevertheless, despite the fact that the U.S. economy has grown strongly in recent years, consumption of many commodities is actually decreasing.

Back in 2015, the American environmental scientist Jesse Ausubel wrote an essay, “The Return of Nature: How Technology Liberates the Environment,” showing that Americans are consuming fewer and fewer raw materials per capita. Total consumption of steel, copper, fertilizer, wood and paper, which had previously always risen in line with economic growth, had plateaued and was now in constant decline.

Such across-the-board reductions in natural resource consumption are only possible because of much-maligned capitalism: companies are constantly developing more efficient production methods and reducing the amount of raw materials they consume. Of course, they are not doing this primarily to protect the environment but to cut costs.

What's more, a constant stream of innovations has promoted the trend of miniaturization or dematerialization. Just think of your smartphone. How many devices has your smartphone replaced and how many raw materials did they use to consume?

Nowadays, many people no longer have a fax machine or street atlas because they have everything they need on their smartphone. Some even use their phones instead of a wristwatch. You used to need four separate microphones in your telephone, cassette recorder, Dictaphone and video camera, today you just need one—in your smartphone.

The finite nature of the world’s natural resources is one argument against growth, climate change is another. Let’s take China as an example: China currently emits more CO2 than any other country in the world and is building a number of new nuclear power plants in order to achieve carbon neutrality by 2060. With the new build program well underway, China’s first new-generation nuclear power plant recently went into operation.

In the very near future, China intends to start exporting power plants. The latest generation of nuclear power plants is much safer than earlier models—and can play a pivotal role in the fight against climate change. In the United States, Joe Biden is already evaluating the advantages of small modular reactor (SMR) nuclear power plants. As the name suggests, SMRs are smaller than traditional nuclear fission reactors and offer a maximum capacity of three hundred megawatts. In the United Kingdom, for example, a consortium led by Rolls-Royce has announced plans to build up to sixteen SMR power plants.

So far, two reactors of this type are in operation, both onboard the floating nuclear power plant  “\Akademik Lomonosov, which supplies heat and electricity to the Siberian city of Pevec and its one hundred thousand inhabitants.

Anticapitalists blame capitalism for resource consumption and climate change. But political decisions—such as Germany’s decision to phase out nuclear energy—frequently have a negative impact on climate change.

Telling people to cut their consumption must seem like pure mockery to the hundreds of millions of people around the world who are still living in extreme poverty. What they need is more capitalism and economic growth. Just like in China, where the number of people living in extreme poverty has fallen from 88 percent in 1981 to less than 1 percent today. Andrew McAfee’s book has an optimistic message about how we don't have to turn back the clocks and cut our consumption: capitalism and technological progress are allowing us to steward the world’s resources, rather than stripping them bare.

Rainer Zitelmann is a historian and sociologist and author of The Power of Capitalism.