The Danger of Tenuous Talks on Iran’s Nuclear Ambitions 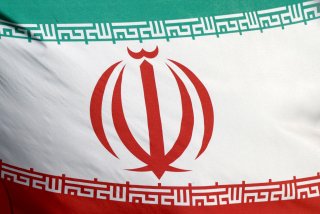 After weeks of rebuffs and stagnation, some progress in returning the United States and Iran to the Joint Comprehensive Plan of Action (JCPOA), commonly known as the Iran nuclear deal, may finally be afoot.

Washington and Tehran recently began indirect talks mediated by other world powers in Vienna and organized into two working groups. One is focused on bringing Iran back into compliance with the pact’s limits on its nuclear activities, and one is exploring how the United States can lift the sanctions on Iran imposed or reimposed in the three years since former President Donald Trump withdrew from the deal.

The move into working-level talks is great news. Yet the situation is a bit more complicated than it immediately seems, and not only because it now must weather the concurrent crisis surrounding a blackout at an Iranian nuclear site which Tehran blames on Israel. The larger issue for U.S.-Iran engagement is that the Biden administration is still insisting Iran return to full compliance with the JCPOA before the United States does the same. That will prove a significant and possibly insurmountable impediment to a negotiated resolution unless both countries can figure out a way to save face.

President Joe Biden ran for office promising to rejoin the nuclear deal, but he always had a stipulation: Iran would have to stop violating the terms of the agreement as a condition of American return. That’s a demand of at least debatable fairness given the order of events that brought us to the present circumstances. Iran was in full, independently verified compliance with the deal. Then Trump left, revived punitive sanctions, and blew up a 2019 French-mediated plan to restore the JCPOA by publicly announcing new sanctions after privately agreeing to reduce sanctions. Washington, not Tehran, was the first to break faith.

In that light, Iran’s offer of a synchronized return, proffered shortly after Biden’s inauguration, was quite reasonable. It was a major concession from Tehran’s prior insistence that the United States go first, and it met Biden’s one condition, albeit on a slightly creative timeline. But Biden rejected the idea, and his administration has continued to demand that Iranian compliance precede American compliance.

State Department Spokesman Ned Price reiterated that position while discussing the indirect talks last week. “What I can say is that we certainly will not entertain unilateral gestures or concessions to . . . induce Iran to a better place,” he said. “Our goal at these talks in Vienna, again, is to set the stage for that mutual return to compliance. The original formulation is one that still holds today. It’s the limited lifting of sanctions, nuclear sanctions, in return for permanent and verifiable limits on Iran’s nuclear program.”

Price’s final sentence there retains Biden’s Iran-goes-first scenario: The sanctions relief comes after (“in return for”) the renewed limits on the nuclear program. The two groups in Vienna are working simultaneously, but if the Biden administration has its way, then the execution of their respective plans will be sequential, not simultaneous.

The problem is Tehran is vehemently opposed to that idea. Though willing to do a coordinated return, the Iranian government is just as adamant as the Biden administration that it will not take unilateral first steps. “Lifting U.S. sanctions is the first and the most necessary action for reviving the deal,” Iranian diplomat Abbas Araghchi, who is negotiating in Vienna, said last week. “Iran is fully ready to reverse its activities and return to complete implementation of the deal immediately after it is verified sanctions are lifted.”

If neither party budges, then all the indirect talks in the world won’t help stave off the risk of war—which more than the fate of this or any deal, is the true import of these negotiations. Both countries would be at an impasse until they found an acceptable way to move forward without appearing to take the first step, allowing leaders in each government to save face and insist on their own constancy.

This will be difficult to achieve, not least because lifting sanctions and shuttering nuclear infrastructure may not be easily synchronized. Removing sanctions would take, at most, a few days as banks and other businesses and institutions update their policies in response to the legal shift, after which there’d be a lag time during which previously forestalled trade gradually resumed. Closing or downscaling the work at Iranian nuclear facilities and independently verifying those changes will likely take longer. It’s not as if a person can just pull a plug.

But perhaps that difference in time scale can give diplomats the room they need to make a deal in which, somehow, miraculously, no one goes first, and everyone can say they exactly did what they promised. Whatever the means, that must be the goal: sidestep the stupid standoff, get back to the deal, build on that diplomacy, and keep the peace.