Iran Has No Master Plan, Including on Nuclear Weapons 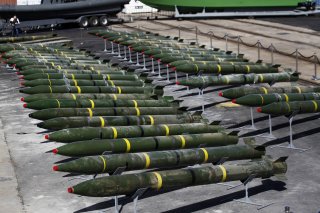 A common human tendency identified by psychologists is to attribute undesirable behavior by another person to that person’s innate qualities, even though one’s own similar behavior gets explained away as a necessary response to circumstances rather than anything innate.  In international relations, this tendency takes the form of accusing an adversary regime of being determined to dominate, to aggress, to destabilize, or to do something else bad, and of assuming that such determination is hard-wired into the regime.

This perspective is usually a gross misinterpretation of state behavior. It totally misses the considerable extent to which the foreign and security policies of almost any state are shaped in large part by what other states do to it and by perceived threats from local rivals or from major powers, including perceived threats from the United States.

Much American commentary about Iran exhibits this myopic perspective. The problem is partly one of lazy and sloppy use of cliché-ridden vocabulary. Buzzwords such as “nefarious, destabilizing behavior” and “drive for regional domination” predominate. Reliance on such buzzwords avoids any careful examination of Iran’s conduct outside its borders, which reveals it to be largely reactive to what other states are doing in the region. It also avoids any analysis of why Iran allegedly would do certain things that would be against its own national interest, or to think that domination of a largely Sunni and Arab region would be within Iran’s reach when it clearly is not.

Outside the mainstream, attributing an innate determinism to an alleged Iranian “nuclear weapons program” goes beyond terminological sloppiness. An example is an article in these pages by Gabriel Noronha, who assumes matter-of-factly that Iran is determined to acquire a nuclear weapon. Not only that, but he postulates a decades-long grand master plan concocted by Tehran in pursuit of that objective. The Joint Comprehensive Plan of Action, which set back and severely restricted Iran’s nuclear activities, is part of that plan, says Noronha, because it supposedly would put Iran in a better economic position to make a run for a bomb and “provides Iran with an easier and internationally legitimized path to a nuclear weapon.”

Noronha offers no evidence for the existence of such a plan—no statements, no leaked documents, or anything else. It’s all pure postulation.

The picture of Iranian determination included in this postulation is at odds with most of the history of nuclear proliferation and how it has been much more a matter of calculations and reactions than of innate determinism. That history largely consists of decisions to deter or respond to a specific threat—beginning with the U.S. Manhattan Project, which initially was motivated by fears of Nazi Germany developing a nuclear weapon. After that came similarly calculated efforts to build a deterrent against a threat—of Britain and France against the Soviets, of Israel against the Arabs, of India and Pakistan against each other, and of North Korea against the rest of the world.

At least as instructive are the costs-versus-benefits calculations of those states—like Iran, none of them great powers—that had the capability to develop nuclear weapons but decided not to build them, such as Argentina, Sweden, and South Korea. Also instructive are the calculations of other middle powers that actually possessed nuclear weapons but decided to give them up—notably Ukraine and South Africa.

Most importantly, Noronha’s postulated grand plan is very much at odds with Iran’s own conduct. We know that Iran has had an interest in nuclear weapons, given some weapons design work that was ongoing some twenty years ago. Then during the decade of the aughts, that work stopped and Iran made diplomatic overtures to the United States about constraining its nuclear activities in return for sanctions relief. The only plausible interpretation of that development and of the Iranian actions that followed is that Iranian leaders calculated that it was better to be non-nuclear-weapon state fully integrated into the international community and global economy than to be a nuclear-armed but heavily sanctioned pariah.

Under the JCPOA, which came into force in 2015 after a laborious negotiation, Iran gave up 97 percent of its low enriched uranium, gave up all of its uranium enriched to a higher level, ripped out enrichment cascades, gutted a nuclear reactor, and took numerous other required steps that changed its estimated “breakout” time if it decided to make a run for a bomb from a couple of months to about a year. It also accepted a permanent intrusive inspection and monitoring arrangement to assure the international community that its nuclear program was staying peaceful.

If doing all this was part of a long-term scheme to build nuclear weapons, it was a crazy way to go about it. Iranian leaders are not crazy.

As for the notion that, in Noronha’s words, Iran “could develop nuclear weapons on the back of a revived Iranian economy” after getting sanctions relief under the JCPOA, this ignores how for any nation, taking the major step of developing nuclear weapons is a function of how seriously it views its security predicament and not of how many rials it has in its bank account. Former Pakistani prime minister Zulfikar Ali Bhutto famously said that Pakistanis would “eat grass” if necessary to make nuclear weapons. Russian president Vladimir Putin has assessed, probably correctly, that the North Korean regime would make its people do the same thing before giving up its nuclear weapons. Similar prioritization would apply to the Iranian regime—which demonstrated during the eight-year Iran-Iraq War the deprivation it was willing to endure in the face of a serious security threat—if it were to decide to build nuclear weapons.

As of now, the Iranians’ calculations from nearly two decades ago about the relative worth of being or not being a nuclear-armed and sanctioned pariah remain unchanged. This is demonstrated by Tehran’s consistent insistence that every party to the JCPOA return to full compliance with that agreement—with everything that means regarding Iran having to undo the nuclear advances it made in response to the Trump administration’s reneging on the agreement.

The Iranian nuclear issue is at an inflection point, with serious talks among the parties finally replacing posturing. Where Iran goes from here will depend overwhelmingly on whether the United States comes fully back into compliance with the JCPOA and with United Nations Security Council Resolution 2231. Failure of the United States to do so—leading Iran to conclude that it would be a sanctioned pariah no matter what it does regarding its nuclear activities—would be more likely than anything else to motivate Tehran to revisit its previous calculations and to think that maybe it ought to have nuclear weapons after all.