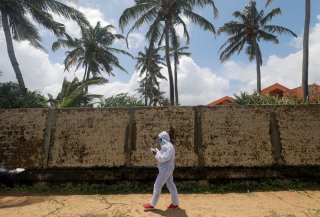 Contrary to popular perceptions, all around the world, environmental conditions have improved dramatically in recent decades. There is less air pollution and more widespread access to clean water than ever before. Stephen Pinker’s Enlightenment Now: The Case for Reason, Science, Humanism and Progress and Hans Rosling’s Factfulness: Ten Reasons We’re Wrong About the World—and Why Things Are Better Than You Think best depict this astounding process. These environmental performance gains are largely due to the global spread of economic freedom, because—as numerous studies show—environmental standards are far better in economically free countries than in unfree ones.

Of course, sensible environmental regulations have contributed to these gains. Even the most enthusiastic proponents of capitalism and champions of the free market have always argued that governments should define the rules of the game—the legal framework—for the economy. But, and this is usually forgotten, it is often the case that rather than achieving their well-intentioned goals, environmental regulations often lead to the exact opposite.

The road to hell is paved with good intentions and Germany’s environmental and energy policies are a prime example of that. In the 1970s and 1980s, German environmentalists had one main aim: to consign nuclear energy to the history books. When a coalition of Social Democrats and Greens formed a government in 1998, they didn’t waste much time in putting together a plan to phase out nuclear energy and, in 2000, concluded an agreement to that effect with the various operating companies. In 2002, the German Atomic Energy Act was amended to incorporate the terms of this contract. In 2010, Angela Merkel’s government decided to extend the operating lives of the country’s nuclear power plants, although this decision was revised in 2011 in the wake of Japan’s Fukushima disaster. The last German nuclear power plant is scheduled to go offline in 2022.

However, this decision to phase out nuclear power is one of the main reasons why Germany, despite extensive efforts in other areas, is no better off in the fight against climate change. In fact, the country now emits more CO2 than it would if nuclear power was still part of the national energy mix. France, for example, while doing no better than Germany on a range of other environmental performance measures, increased the share of nuclear investment in the nation’s energy supply to 70 percent at the same time as Germany was progressively shutting down its nuclear power plants. Today, Germany ranks tenth in Yale University’s 2021 Environmental Performance Index (EPI) and France ranks much higher, in fifth place. The difference in the two countries’ overall EPI rankings must be due to nuclear energy, because in the EPI’s more specific Climate Protection Index 2021, Germany ranks a lowly fourteenth, in contrast to France in fourth.

In the most diplomatic terms, Yale University’s researchers explain that “some analysts” believe that Germany’s nuclear phase-out is hurting the country’s progress on reducing CO2 emissions. Less diplomatically, but more accurately, the Wall Street Journal in 2019 accused Germany of having the world’s dumbest energy policy.

In seeking to justify the phase-out of nuclear power, much has been made of the potential dangers associated with nuclear energy. The problem with this scaremongering is that the risks have been exaggerated beyond measure. Tens of thousands of coal miners around the world have died in underground mines, but only a small fraction of that number have died in accidents involving nuclear power plants. Again and again, opponents of nuclear energy have created the impression, either explicitly or by being deliberately vague, that twenty thousand people died in the reactor accident in Fukushima in 2011. The number twenty thousand is correct, but the victims died as a result of the tsunami, not because they were exposed to radiation. The fact that the latest generation of nuclear power plants are safer than earlier plants is hardly ever raised in public discourse—most people have no idea about the improvements that have been made in recent years.

Nevertheless, it was in response to the Fukushima disaster that Angela Merkel’s government, in a lightning move, decided to shut down Germany’s nuclear power plants much earlier than originally agreed. And yet it was not the accident itself (which did not even cause Japan to turn its back on nuclear power), but the fact that there were elections in the German state of Baden-Württemberg roughly two weeks afterward that led to Angela Merkel’s swift policy shift. In the heated pre-election atmosphere, Merkel wanted to rob the Greens of one of their key election issues. But even that did not work and the Greens attracted a record number of votes and, for the first time in German politics, a German state elected a Green politician as minister-president.

This example shows that government intervention in the economy, even when environmental protection is given as a motive, is often not driven by rational environmental considerations, but by populism and ideology. This does not mean that governments should never introduce regulations to protect the environment, but it does prove that economic freedom serves much better overall to protect our environment than top-down dirigisme.