The Hidden Dangers of the New Flagship Tool of U.S. Economic Statecraft 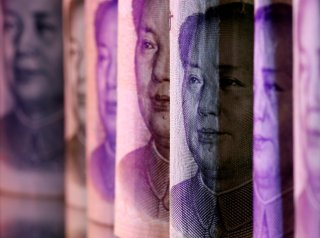 A deceptively innocuous directive to a cluster of Cabinet officials is tucked into the avalanche of Joe Biden’s first executive orders. Amid a flurry of instructions to address climate change, the president orders an interagency group to “identify steps through which the United States can promote ending international financing” of fossil fuels, “while simultaneously advancing sustainable development and a green recovery.”

In essence, federal agencies, such as the Export-Import Bank (EXIM), will pivot from the Trump administration’s “energy dominance” agenda towards something akin to sustainability dominance. The executive order also instructs the Treasury Secretary to use the nation’s “voice and vote” at the World Bank and International Monetary Fund to align the policies of those multilateral institutions with the Paris Agreement. The new International Development Finance Corporation, the Department of Energy, and the Department of State are also implicated.

At one level, this policy move is entirely pedestrian. Federal agencies are already financing Paris-friendly transactions around the world, but let’s focus solely on EXIM here. By law, the bank is required to target at least 5 percent of its $135 billion exposure limit to renewable energy and to secure American “competitive leadership” over Chinese renewables, energy efficiency, electric vehicles, and energy storage. Its board of directors is also broadly authorized to “withhold financing from a project for environmental reasons,” which can be interpreted quite expansively.

On a deeper level, however, the Biden administration’s directive is laden with irony. First, EXIM has long been tarred with the moniker “Bank of Boeing.” This sobriquet is due to its extensive financial support for exports of 747 and 777 airliners, which have raised allegations of cronyism and favoritism. By quarantining fossil fuels—coal, crude oil, refined petroleum products, natural gas liquids, and natural gas—EXIM would effectively shut out sources that comprise some 80 percent of global energy consumption. These fuels (particularly natural gas, which emits far less carbon than its alternatives) represent a pathway towards greater portfolio diversification, not less.

Second, the shift away from financing hydrocarbons comes just as American exporters of liquefied natural gas (LNG) are breaking into a new budding market. In order to transport natural gas by sea, it must be cooled into a liquid state and loaded onto special tankers (“carriers”). The infrastructure to support this chain is expensive and takes time to construct safely. All of the operating LNG export terminals in the United States today were approved by regulators in the Obama administration. It takes that long to build them.

EXIM could facilitate LNG exports by financing receiving terminals in other countries. These sites “regasify” the liquefied molecules so they can be pumped into pipelines and trucks for delivery to consumers. It is doubly ironic that, decades ago, EXIM supported the build-out of LNG export facilities in Qatar and Australia, which are now U.S. LNG exporters’ primary competitors. In other words, EXIM will be exiting from the market just as American companies are ready to compete against foreign companies subsidized earlier by EXIM.

Third, in what is surely one of the more farcical realities of U.S. trade policy, the president is actually required statutorily—that is, by law—to negotiate an end to export credit agencies on a global basis. Government officials, before the coronavirus, would fly across the Atlantic Ocean to meet with their counterparts and explain why the United States opposed not just certain trade practices, but the very market-distorting existence of these institutions. Export credit financing for aircraft transactions is singled out, by law, for eventual worldwide elimination.

EXIM has the potential to become the flagship tool of American economic statecraft. This may be particularly true in the realm of strategic energy initiatives on the Pacific Rim. In this fourth and final irony, the swift action by the Biden administration is just another reminder of how the previous administration missed opportunities to prioritize the development of tools that could have helped it achieve its policy objectives. For all the talk about responding to the Belt and Road Initiative, EXIM’s board of directors sat without an operable quorum until from mid-2015 to mid-2019. This lack of Senate-confirmed nominees prevented it from conducting any business valued at over $10 million. And when you’re talking about $135 billion, that rounds to zero.

Tristan Abbey served as senior policy advisor for strategy and economics at the U.S. Senate Committee on Energy and Natural Resources and as a director for strategic planning at the National Security Council. Follow him on Twitter @TristanAbbey.