How U.S. Strategy Can Succeed in a Multipolar Cold War 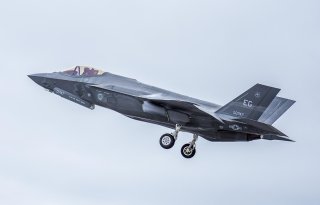 RUSSIA’S INVASION of Ukraine is expediting the onset of a more dangerous multipolar world that will play by the traditional rules of power politics. Overt great power competition had been largely absent from the post-Cold War era, with uncontested American primacy holding geopolitical rivalry in abeyance. A unipolar international system has been transitioning to a world in which power is more broadly distributed, but the change was occurring gradually—in step with the rise of China and the ascent of the East.

Russian aggression against Ukraine ensures that this more unruly world has arrived well ahead of schedule. The Kremlin’s invasion has rekindled militarized rivalry between Russia and the West. Moscow’s strategic partnership with Beijing means that Cold War II is poised to pit the West against a Sino-Russian bloc stretching from the western Pacific to Eastern Europe.

The United States and its allies need to update their grand strategy accordingly. Since the Cold War’s end, they have focused on pursuing idealist aspirations and globalizing the liberal order. Those days need to be over. The commitment to keeping NATO’s door open to Ukraine constituted a laudable and principled stand against the efforts of an autocratic Russia to further violate Ukraine’s sovereignty, scuttle its democratic institutions, and quash its aspirations to join the West. Yet Vladimir Putin would have none of it, launching a war of choice aimed at putting Ukraine back under Moscow’s sway.

The West now needs to downsize its idealist ambitions, realize that it lives in a more Hobbesian world, and pivot back to a grand strategy anchored by the practice of realpolitik. As during the first Cold War, a strategy of patient containment should aim at preserving geopolitical stability and defending rather than expanding the liberal international order. The United States will need to strengthen its forward presence in both the European and Asia-Pacific theaters, requiring not just more defense spending, but also strict avoidance of costly wars of choice and nation-building adventures in the Middle East or other peripheral regions.

As rivalry builds between a liberal democratic bloc anchored by the U.S.-led alliance system and an autocratic capitalist bloc anchored by Russia and China, many other countries will refrain from taking sides. Only some forty countries have opted to honor the sanctions regime against Russia, suggesting that numerous nations—particularly those in the Global South—will sit on the fence instead of siding with either bloc. With roughly two-thirds of the world’s countries trading more with China than with the United States, effective nonalignment may be the policy of choice for a majority of nations, making the emerging world more multipolar than bipolar in character and practice.

As Washington eases off on the promotion of democracy and human rights abroad, the Biden administration should therefore refrain from its tendency to articulate a geopolitical vision that too neatly divides the world into democracies and autocracies. Strategic and economic expedience will at times push the West to partner with repressive regimes; moderating energy prices, for example, may require sustained collaboration with Iran, Saudi Arabia, Qatar, and Venezuela. In the meantime, many of the world’s democracies may well keep their distance from a new era of East-West rivalry, as made clear by the muted responses of Brazil, India, Israel, South Africa, and other democracies to Russia’s invasion of Ukraine.

To be sure, the United States and its democratic partners should still defend liberal values and practices at home and abroad, seeking to continue bending the arc of history toward greater freedom and justice. But they must approach that task with pragmatic sobriety, remaining mindful of a new array of geopolitical constraints. In particular, the West should acknowledge that its primary opponent—an illiberal bloc anchored by China and Russia—will constitute a far more formidable competitor than its Soviet forebear.

To confront that reality, the West should ensure that it outperforms—both politically and economically—illiberal alternatives. The West needs not just to amass the material wherewithal to prevail, but also to offer a successful and attractive model of governance capable of wooing toward the democratic camp the many countries inclined to avoid taking sides in a two-bloc world broadly divided along ideological lines.

The Atlantic democracies, therefore, need to continue addressing their own internal vulnerabilities and reanimate the domestic foundations of liberal institutions and practices. Even though Russia’s attack against Ukraine has generated transatlantic unity and resolve, the illiberal populism that has been plaguing the Western democracies is by no means gone for good. The United States remains deeply polarized; according to a poll conducted late last year, 64 percent of Americans feared that U.S. democracy is “in crisis and at risk of failing.” Amid rampant inflation, the “America First” wing of the Republican Party is poised to surge in the November midterms. Illiberal populism also remains alive and well in Europe, as made clear by Viktor Orban’s recent reelection in Hungary and the impressive showing of France’s far-right in its April presidential contest. Both sides of the Atlantic still have hard work to do to get their own houses in order if they are to ensure the durability and global appeal of the liberal order.

Even as the Western democracies seek to strengthen themselves internally and prepare for a long era of competition with an autocratic bloc, they must also acknowledge that managing an interdependent world will require working across ideological lines. A new Cold War is opening between a Sino-Russian bloc and the West, but dialogue will be even more important than it was during the first Cold War. In a more interdependent and globalized world, the West will need at least a measure of pragmatic cooperation with Moscow and Beijing to tackle common challenges, such as negotiating arms control, arresting climate change, preventing nuclear proliferation, managing international commerce, governing the cybersphere, and promoting global health.

As it implements a hybrid strategy of containment and engagement, the West should look to new small-group formats to tackle global challenges—putting at the table the states that need to be there regardless of regime type. And even if some level of economic decoupling is now inevitable—the sanctions imposed on Russia have exposed the risks that can accompany economic interdependence—the Western democracies should seek to leverage their commercial integration with China to advance selective collaboration.

The West should also seek to weaken the emerging Sino-Russian bloc by looking for ways to put distance between Moscow and Beijing. Its invasion of Ukraine has just made Russia an economic and strategic dependent of China; Putin will not relish being Xi Jinping’s sidekick. The Atlantic democracies should exploit the Kremlin’s discomfort with becoming China’s junior partner by signaling that Russia has a Western option. Russia needs China more than China needs Russia, so the West should also seek to pull Beijing away from Moscow. Beijing’s cautious response to the invasion of Ukraine suggests at least a measure of discomfort with the economic and geopolitical disruption that has been produced by Russia’s reckless act of aggression.

Putin has just sent history into reverse. In response, the United States and its partners should temper their idealist ambitions and prepare themselves for a new and demanding era of great power rivalry. At the same time, their efforts to balance against an autocratic bloc will have to be complemented by the strategic pragmatism needed to navigate a world that, even if more unruly, is also irreversibly interdependent.

Charles A. Kupchan is Professor of International Affairs at Georgetown University and Senior Fellow at the Council on Foreign Relations. His most recent book is Isolationism: A History of America’s Efforts to Shield Itself from the World.