How Will Russia Respond to the U.S.-China Cold War? 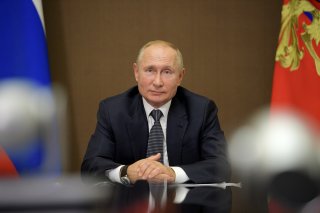 Secretary of State Mike Pompeo’s July 23 speech at the Richard Nixon Presidential Library confirmed that the Trump administration is pivoting to a policy of open confrontation toward China. Describing a struggle for freedom with China’s ruling Communist Party as “the mission of our time,” Pompeo called for the United States and like-minded countries to push back against Chinese influence in international institutions, curb Chinese economic growth, and  “induce China to change in more creative and assertive ways,” which some observers have suggested implies pursuing regime change in Beijing.

In part, the speech was in keeping with the Trump administration’s focus on great power competition as the overarching framework for U.S. foreign policy. In one important aspect though, Pompeo’s call to arms against China represented a departure from the vision of great power competition laid out in the Trump administration’s 2017 National Security Strategy (NSS): it had almost nothing to say about the United States’ other great power rival, Russia.

The pivot to confronting China seems to rely on an assumption that Russia will be, if not a partner in pushing back against Chinese influence, at least a disinterested observer. Indeed, Pompeo, and Trump himself, have indicated that they foresee opportunities to work with Russia against China, in part because, they suggest, Russia too is threatened by a China intent on building up its military capabilities, extending its economic reach into Russia’s post-Soviet neighborhood, and imposing one-sided trade and investment agreements. The assumption that Russia will be benevolently neutral in a U.S.-China confrontation, however, is likely too optimistic, despite a growing list of frustrations in Sino-Russian relations.

While the NSS identifies both Russia and China as great power rivals, in practice, the Trump administration has dealt differently with the two countries from the beginning. In part, the difference has to do with the deep polarization around the issue of Russian interference, which the administration has been reluctant to acknowledge.

It also stems from a belief in many quarters that the current Sino-Russian alignment is anomalous. Several officials and advisors close to the White House have suggested that the United States should work to decouple Moscow from Beijing, on the model of Richard Nixon and Henry Kissinger’s outreach to China at the height of the Cold War (among those making this case is Kissinger himself). As Pompeo indicated “there are places where we need to work with Russia,” notably on arms control and non-proliferation, as part of a containment strategy against China.

As an example of this approach, during the run-up to U.S.-Russian arms control talks in Vienna in July, U.S. officials urged their Russian counterparts to lean on Beijing to participate. Moscow nonetheless stuck to its position that the choice to participate (or not) in the Vienna arms control talks was Beijing’s alone. Similarly, Russian Foreign Ministry Spokeswoman Maria Zakharova dismissed Pompeo’s speech as “another naïve attempt to complicate the Russo-Chinese partnership,” which remains “the most important factor for stability in the world.”

By many measures, the Sino-Russian relationship is one-sided. China is Russia’s leading trade partner and source of foreign investment, with Russia’s commodity-dependent economy running a sizeable trade deficit. Since the beginning of the Ukraine crisis, Chinese firms have acquired equity stakes in some of Russia’s largest companies and natural resource developments. Russia is just one link in China’s Belt and Road Initiative, and not even the most important. Even as the United States urges allies to reject Chinese telecommunication technology, Chinese companies are building Russia’s 5G network. If anything, the demand shock caused by the COVID-19 pandemic is exacerbating this dependence, as Russia looks to China to jump-start its economy.

Meanwhile, China has surpassed Russia as the world’s second-largest arms’ exporter and pushed into traditional Russian markets, sometimes by reverse engineering Russian technology. Concerns about industrial espionage may be responsible for Russia’s recent decision to delay the delivery of S-400 air defense systems to China.

Nevertheless, Russian officials and analysts emphasize that they do not see China as a threat. However one-sided the relationship, Moscow appreciates that Beijing—in contrast to Washington and its European allies— regards Vladimir Putin as a legitimate partner and does not pose a threat to regime security. Moscow and Beijing have compatible, though not identical, visions of global order. Both would like to see a more “democratic” international system in which they have a larger say and where concepts like rule of law and human rights lack universal applicability.

Despite Washington’s claims that Russia should be worried by China’s military buildup, Moscow recognizes that Beijing’s growing nuclear, naval, and air forces pose a much greater challenge to U.S. hegemony in the Western Pacific than to Russian interests in Eurasia. Regardless of the objectives behind Russian and Chinese political interference in democratic states (including the United States), both are interested in creating a world safe for authoritarianism and imperial geopolitics, which in turn requires challenging U.S. dominance of the international system.

The Law of Unanticipated Consequences

U.S. sanctions policy only reinforces the perception in both Moscow and Beijing that Washington’s ultimate goal is regime change. While the initial sanctions on Russia were a tailored response to the annexation of Crimea and invasion of eastern Ukraine from which Moscow could, theoretically, escape by implementing the terms of the Minsk-II ceasefire agreement, subsequent rounds have become more ambitious.

Designed less to change Russian behavior (e.g. withdraw its forces from Ukraine) than impose costs for past transgressions such as electoral interference, such sanctions will be difficult to unravel— particularly those that are Congressionally mandated. The proliferation of sanctions, coupled with official statements about creating fissures within the Russian elite, reinforces the Kremlin’s perception that the United States seeks to bring down the regime.

Washington is now embarking on a similar course toward China. In addition to new tariffs imposed in an attempt to address what it considers unfair Chinese trade practices, the Trump administration has announced sanctions targeting Beijing’s inhumane crackdown in Xinjiang and imposition of a new national security law in Hong Kong. Whatever the moral justification for these steps, in practical terms, sanctions related to Xinjiang and Hong Kong are likely to be perceived in Beijing as an assault on China’s territorial integrity, reinforcing support for Russia’s longstanding contention that sanctions are a national security threat.

Be Careful What You Wish For

For Russia, the prospect of an escalating U.S.-China confrontation is a double-edged sword. On the one hand, it makes Moscow’s friendship a more valuable commodity, giving Russia greater leverage in its bilateral relationship with China. It also raises the likelihood that Beijing will move closer to Moscow’s more openly revisionist posture vis-à-vis the international order, in place of its longstanding preference for achieving greater influence within that order. Beijing may also be prepared to offer Moscow some carrots, for instance over energy tariffs or protection of intellectual property.

Yet, Russia too will pay a price if the Chinese economy suffers further damage as a result of U.S. sanctions and other punitive measures, or if the U.S.-China confrontation deepens the global recession sparked by coronavirus. Russian analysts also note that, as the weakest of the three major powers, Russia will be unable to do much on its own to shape U.S.-China relations, and could find itself dragged into disputes and possibly even conflicts that it would prefer to avoid.

It is hard nevertheless to envision a scenario in which Russia backs U.S. efforts against China, or even adopts a posture of benevolent neutrality. Even if, as the U.S. intelligence community recently concluded, Russia would like to see Trump re-elected in November, Moscow has learned over the past three-plus years that the fundamental tenor of U.S. policy toward Russia is unlikely to change regardless of who sits in the White House. Under the circumstances, there is little of substance the United States is in a position to offer to cause Russia to re-think its strategic entente with China.

Moscow will no doubt try to use any U.S.-China confrontation to advance its own interests. It will try to extract concessions from both sides, while accelerating efforts to build ties with third parties, including Chinese rivals like India and Japan, and European countries alienated by the Trump administration (above all a post-Angela Merkel Germany) to hedge against the consequences, even while remaining open to working with the United States on specific areas of common interest, such as negotiating a follow-on to the expiring New START agreement.

Yet on the most basic level, the interests of Putin’s Russia are more aligned with those of China than with those of the United States, and the prospect of a deeper and more enduring U.S.-China confrontation will enhance the importance of that entente in both Beijing and Moscow.

The views expressed in this article are those of the author and are not an official policy or position of the National Defense University, the Department of Defense or the U.S. Government.

Jeffrey Mankoff is a Distinguished Research Fellow at the U.S. National Defense University’s Institute for National Strategic Studies and a Non-Resident Senior Associate at the Center for Strategic and International Studies (CSIS). He is the author of Russian Foreign Policy: The Return of Great Power Politics and the forthcoming Empires of Eurasia: How Imperial Legacies Shape International Security. He holds a PhD in diplomatic history from Yale University.