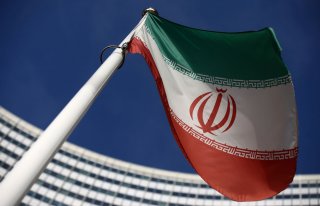 Indirect contacts in Vienna between the United States and the members of the Iran nuclear deal (China, France, Germany, Iran, Russia and the United Kingdom) are progressing and the politically challenging issue of lifting sanctions and their sequencing is being addressed directly.

President Joe Biden has made it clear that he would support a return to the Iran nuclear deal, known officially as the Joint Comprehensive Plan of Action (JCPOA), as a starting point to a follow-on or broader agreement. Further, National Security Advisor Jake Sullivan has already suggested that Iran’s regional adversaries like Saudi Arabia and the United Arab Emirates should join a broader regional dialogue that would include a discussion of Iran’s ballistic missiles. Such a dialogue would be a positive step toward ameliorating regional tensions not addressed by the JCPOA and could be a positive step toward restoring trans-Atlantic cooperation on international security.

As talks move forward, however, Biden is facing the same old arguments about what might happen if U.S. sanctions are lifted. The Trump administration argued that Tehran used a windfall of cash after signing the nuclear deal to wreak havoc in two key ways: one, finance the activities of Iran’s proxy groups; two, scale up its arms and missile procurement.

But the facts show these are exaggerations.

How Expensive are Iran’s Proxy Forces?

In short, Iran has never required many resources to support proxy groups in the Middle East. During his confirmation hearing to become the undersecretary of defense for policy, Colin Kahl noted, “The sad reality is that it is not very expensive for Iran to support its proxies in the region.” In fact, the Trump administration released an estimate that between 2012 and 2018, Iran spent about $2 to $3 billion a year supporting its proxies around the Middle East. For half of this period, or 2012 to 2015, Iran faced a multilateral sanctions campaign that is often credited with bringing Iran to the negotiating table. The numbers remain consistent from 2016 to 2018 when nuclear-related sanctions were relieved through the Iran nuclear deal, so the JCPOA did not affect Tehran’s sponsorship.

Nor did the U.S. JCPOA withdrawal change Iranian activity.  Between 2017 and 2020, the Trump administration nearly doubled all U.S. sanctions on Iranian proxy groups, but the relentless pressure failed to change Iranian foreign policy. “Financial sanctions can’t affect many of the most important aspects of Iran's proxy relationships, including the training, safe-havens, and transfers of weapons and technology that it provides,” according to Ariane Tabatabai and Colin Clarke. Throughout this period, the Houthis in Yemen acquired more advanced weapons, which they used against Saudi military and civilian targets.

However, even under a fully functional nuclear deal, the Iranian people saw that sanctions relief could not yield widespread economic betterment if foreign firms would not risk exposure to unsavory characters lurking in Iran’s deficient financial system. A better solution might be to put fiscal pressure on the Iranian leadership by incentivizing compliance with the Financial Action Task Force’s restrictions, which focus on anti-money laundering and counter-terrorist financing, to clean up Iran’s opaque financial system.

Why Did Iran Scale Up Its Arms/Missile Procurement After Signing the Nuclear Deal?

It is misleading to suppose that Tehran used a purported windfall of cash from sanctions relief to scale up its arms and missile procurement after signing the Iran nuclear deal. Given regional tensions, Tehran has long prioritized military spending over domestic needs.

Efforts to reassure anxious Gulf partners by increasing arms sales to the region have contributed to a spiraling arms race even as Iran has threatened its neighbors by supporting proxy forces. Arms sales to the region undermined Iran’s perception of its own security. Ballistic missiles, although of limited effectiveness without nuclear warheads, are important to Iran’s ability to counter its neighbors since its air force, once the strongest in the region, fell apart after the fall of the Shah.

For the United States, addressing Iran’s ballistic missile program is necessary to cap a potential long-term threat, and it should be coupled with a return to the 2015 nuclear deal. The JCPOA effectively halted Iran’s pursuit of a nuclear warhead to pair with a long-range missile by blocking its path to accumulate weapons-grade fissile material for a nuclear bomb. Addressing both the long-term nuclear and missile threats in a follow-on agreement to the JCPOA would provide reassurance to regional states that would help end the cycle of escalation of weapons sales.

The JCPOA withdrawal, followed by the maximum pressure sanctions campaign, spooked European allies and sparked reassessments of their “economic sovereignty.” Continuing to alienate U.S. allies is a gamble with U.S. national security. Lack of unity between the United States and Europe has led Iran to look to exploit the situation by seeking relief from the other JCPOA members rather than limiting its nuclear program. This situation, not Iran’s continuing use of proxies or military spending, poses the real danger to the nascent dialogue. Readopting a policy of willingness to lift nuclear-related sanctions as Iran returns to compliance with the JCPOA, will be positively received across the Atlantic and could open the door to a return to cooperation on managing regional tensions

The United States and Europe share interests in a stable Persian Gulf and in avoiding the proliferation of nuclear weapons that transcend arguments about how much the Iran nuclear agreement may or may not have fueled support to proxies or military spending. The current discussions in Vienna should focus on common interests, not on misleading concerns about what could result.

Samuel M. Hickey is a Research Analyst at the Center for Arms Control and Non-Proliferation. His areas of focus include the geopolitics of nuclear power developments in the Middle East region, nuclear security, ballistic missiles and non-proliferation.