The Nuclear Balance Is Changing—and Not For The Better 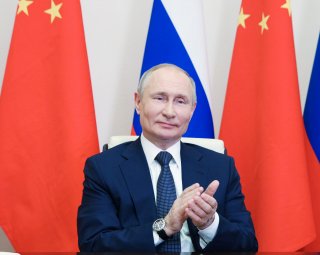 The rise of China’s nuclear forces, added to Russian “exotic” new nuclear systems, is raising considerable concern in the United States for two separate but highly interconnected reasons. This rise in power poses a few questions. Is the nuclear force structure that America is planning to rebuild and modernize adequate enough to deter these threats? Is the New START arms control deal that America just extended for another five years in danger of becoming irrelevant? What is the new threat that America faces and is it serious? The answer is: yes, it is serious.

First, the recent discovery of three large silo construction fields in China by commercial satellites let the “nuclear cat out of the bag,” allowing the U.S. government’s top nuclear professionals to publicly lay out the details of China’s secret activity.

Second, according to Bill Schneider, the former head of the Defense Science Board, the Chinese could be heading toward deploying a seriously expanded nuclear force. In his view as many as 250 Chinese new Dongfeng-41 missiles each with ten warheads could be deployed, a far greater build than the assumed doubling warned about earlier this year by our intelligence services.

Third, a top former nuclear military commander thinks the Chinese can, in two to four years, deploy an even greater number of warheads—upwards of 3,500—at a time when U.S. nuclear modernization is set to begin in 2028–29 and then only to 1,550 warheads.

Fourth, Vice Chairman of the Joint Chiefs of Staff John Hyten has argued that the United States remains in a “slow” acquisition structure that does not allow the United States to respond more quickly to emerging threats to its security.

So, while the rough outlines of the new Chinese nuclear threat are beginning to emerge, China’s plans and the breadth of its nuclear forces are simply not fully known. Plus, those forces are not subject to any inspection or verification that might come from an arms control agreement or a Chinese proffer of nuclear information.

Thus, this leads to a dilemma. Since the United States does not have a clear definition of the future nuclear forces arrayed against it, then how does it plan the nuclear force of the future and the proper arms control agreement—if any? It remains wedded to Russia, taking into account what is roughly known about the threat it poses. But it doesn’t have a full understanding of the threat China poses.

As Commander of U.S. Strategic Command Adm. Charles Richard has explained, the Chinese are seeking not just a limited or minimal deterrent force but one which mirrors that of Russia. On top of which he notes China is seeking a “coercive capability” to force the United States to stand down in a crisis and not come to the defense of its allies in the event of Chinese aggression.

The U.S. government is doing a nuclear posture review as every administration since the end of the Soviet empire has done. But just as the gathering nuclear threat is strengthening, the United States is being pushed by some elements in U.S. society, particularly in the disarmament community, to lower the role of nuclear weapons in its deterrent policy and reduce unilaterally U.S.-deployed nuclear weapons.

Such strategy changes are being pushed in parallel with unilateral reductions in U.S. nuclear force deployments, perhaps done informally but in concert or parallel with Russia. A quick 150 or 10 percent cut has been proposed, as well as a more significant but nonetheless unilateral reduction to 1,000 warheads has been proposed. On the other hand, a formal additional warhead reduction arms deal with Russia has also been suggested, including the assumption that if only the United States builds down even more but to the current Chinese level of nuclear warheads (350). The Chinese would have little incentive to agree to any bilateral or multilateral deal capping their own nuclear forces though.

The dual-track notions—seeking to reduce the U.S. options for the use of nuclear weapons and seeking to reduce U.S. warheads to no more than 1,000 warheads—may run into a stiff headwind. Russia and China have shown no interest in either outcome. China has recently threatened both Japan and Australia with nuclear strikes although both are nuclear-weapons-free countries and long-time signatories to the Nuclear Non-Proliferation Treaty. China may be on a path toward developing 2,500–3,500 nuclear warheads from its new silo building. The country has little incentive to negotiate a deal that significantly limits its nuclear forces.

A proposed new deal with Russia would probably fare no better. Russia has adopted a policy that top U.S. military and civilian experts have described as a “escalate to deescalate” strategy—using a limited number of nuclear weapons in a conventional conflict with the objective of forcing the United States to stand down in a crisis. This would give Russia “a fait accompli victory” as a policy indicative of Moscow expanding, not shrinking, the role of nuclear weapons in its overall defense doctrine.

Reducing the role of U.S. nuclear weapons and the U.S. deterrent could shake the confidence of some of America’s allies who have traditionally pushed back hard against U.S. suggestions of adopting something like a no-first-use strategy. In the Republic of Korea, the opposition party, worried about the U.S. nuclear umbrella or extended deterrent, has been talking openly about seeking a ROK nuclear deterrent to deal with a nuclear-armed North Korea and an increasingly bellicose China. And in NATO, while no new nation is seeking to go nuclear, our extended nuclear umbrella remains a critical part of NATO’s alliance cohesion and a potential no first use strategy undermines that.

While U.S. deterrent needs are often laid out based on the bi-lateral balance between the United States and Russia, an emerging Chinese force that might even exceed the New START Treaty limits under which the United States and Russia operate, certainly calls into question whether the planned U.S. deterrent force of GBSD missiles, Columbia-class submarines and nuclear-capable B-21 bomber airplanes, will be adequate to maintain deterrence.

For the past thirty years, the United States has operated under the reality that U.S.-Russian forces have significantly declined under various nuclear treaties. In fact, deployed nuclear forces subject to the treaties have dropped by 90 percent since the end of the Cold War, which happened in 1991. If it can be assumed that Russia is observing treaty limits, then don’t count some exotic strategic systems in Russia and the entirely of its multiple thousand theater systems.

Can America Count on a Continuing Paradigm?

What if instead of balancing the nuclear threats posed by Russia and China separately, military planners thought of the two nations as working in concert? The conventional wisdom is that Russia and China won’t gang up on the United States and cooperatively threaten it with nuclear force. However, as noted expert Stephen Blank has explained, Russia and China are increasingly working together on military matters. They are even doing joint military exercises. Even some disarmament experts have acknowledged that if a conflict in the Pacific over Taiwan emerged involving the United States and China, for example, it is not just speculation that Russia may decide that aggression against the Baltics would be in the cards if the United States was otherwise distracted or busy answering aggression occurring in the Pacific region.