Peace or No Peace? Ukraine at a Crossroads 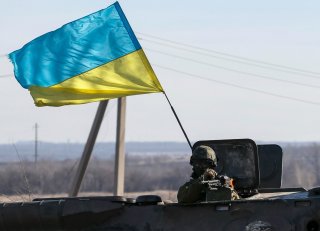 After over 100 days into the Russian invasion of Ukraine, President Vladimir Putin’s campaign has exhibited a significant shift in dynamic. What started as a multi-pronged full-scale invasion has turned the Russian command’s focus to Ukraine’s eastern periphery. Having given up on capturing the capital of Kyiv, Russian commanders are taking fewer risks by scaling back their operations in Ukraine’s interior and instead emphasizing the contested regions closer to the Russian border. Since this change in strategy, the conflict has entered somewhat of an impasse, with Russia making steady gains across the Luhansk oblast in recent weeks.

As Russia occupies roughly one-fifth of Ukraine’s territory, some prominent voices in the West have begun to question the viability of a protracted conflict in Eastern Europe. However, rather than placing the onus on the Kremlin, renewed calls for peace increasingly look towards Ukraine as the independent variable. Most noteworthy was former U.S. secretary of state Henry Kissinger’s suggestion that Ukraine’s leadership should consider ceding territory in exchange for a ceasefire.

Such a suggestion is not necessarily a viable solution for Kyiv. Comparing Kissinger’s advice to the Munich Agreement, President Volodymyr Zelenskyy reaffirmed the sense of patriotism with which his administration has been leading the defense against Russian forces from the onset of the invasion. Moreover, the Ukrainian people seem to espouse a similar reaction to the prospect of conceding territory in return for peace. A recent survey by the Kyiv International Institute of Sociology exhibited that 82 percent of Ukrainians oppose territorial concessions in a conceptual peace negotiation.

Despite the critical backlash, Kissinger’s remarks express a grim sense of realism. The Kremlin’s war against Ukraine has taken a considerable toll on the country’s economy and people. Kissinger’s comments, among other growing calls for peace, raise intriguing questions over the costs of a prolonged war.

Aside from the thousands of Ukrainian casualties, the cost of the war has been detrimental to Ukraine’s economy. As a recent Kyiv School of Economics study noted, Ukraine has lost up to $600 billion due to the war. Out of the total expense, there is $92 billion in damaged infrastructure with over 195 factories rendered inactive. The damage to Ukrainian businesses has significant implications for the country’s economy, which the World Bank has estimated will shrink by about 45 percent. The United Nations Development Programme reported that half of all Ukrainian businesses have shut down, with the rest operating far below capacity. Some of Ukraine’s most prominent industries, namely steel, iron, and timber, have been driven nearly to a halt. With the Azovstal plant and Ukraine’s last functioning oil refinery destroyed, restoring the country’s industrial capacity to pre-war levels will be a massive financial undertaking.

Furthermore, Russian forces have destroyed 23,800 kilometers worth of roads during the invasion, which will require years to rebuild. The most critical impediment to Ukraine’s survival is the economic challenges its leaders will have to navigate after the war. Even if it emerged victorious, Kyiv will then have to face an economic quagmire. Cutting these losses short by reconsidering the prospect of a cease-fire could alleviate Ukraine’s impending financial burden.

Ukraine has also relied on military and economic aid from various NATO countries, particularly the United States and United Kingdom, which recently agreed to contribute advanced rocket systems capable of striking long-range Russian targets. However, Kyiv’s dependence on Western backers is a critical risk should NATO’s commitment to Ukraine dwindle. The United States and its principal NATO allies have already committed billions of dollars in funding and weapons. But it is uncertain how long the West will continue bankrolling Ukraine’s war effort. Looming inflation and domestic challenges may distract Ukraine’s Western supporters, and war fatigue stands to diminish their citizens’ enthusiasm for a Ukrainian victory. Should the West’s media attention turn away from the war, Russia could expand its offensive with a limited risk of raising further concerns across the international community.

Support could also diminish if Ukraine’s allies disagree about the war’s endgame. The United States and other NATO members have been unanimous in their support for Ukraine, but their goals are starting to differ. European leaders, including French president Emmanuel Macron, German chancellor Olaf Scholz, and Italian prime minister Mario Draghi, have recently focused their attention on the prospect of a cease-fire between Ukraine and Russia. Ukraine’s commanders have been dismissive of a negotiated peace as the invasion has produced a permanent sense of distrust for Putin and his commitment to de-escalating tensions. London, Warsaw, and Washington seemingly share Kyiv’s outlook, with U.S. secretary of defense Lloyd Austin stating that they “want to see Russia weakened to the degree that it can’t do the kinds of things that it has done in invading Ukraine.” The United Kingdom has similarly expressed interest in seeing Ukrainian forces restore their pre-2014 borders. These differences in priorities among NATO member states can lead the United States and its European counterparts to reduce their contributions to Ukraine’s war effort until they reach a consensus that satisfies their perceived interests. No matter how effectively Ukrainian troops resist the Russian invasion, if the NATO support that Zelenskyy heavily relies on diminishes, the task will become exponentially more challenging for his military.

Arguably, Russia is now in a more comfortable position than at the onset of the invasion, which further complicates Ukraine’s situation. Despite its failed attempt at regime change in Kyiv, Russia still prioritizes the objective of avoiding further flirtations between Ukraine and NATO. The most tenable solution would be securing a buffer state in the Donetsk and Luhansk oblasts to defend Russia’s interior from incursions via Ukraine’s salient borders and gain political leverage over Kyiv by exploiting the Russophile demographic in the Donbass region. As the Russian Security Council Secretary recently stated, the Kremlin is not pressured by any deadlines. Having become somewhat of a pariah state among the European community, Moscow feels compelled to commit to its war objectives. While Russia’s economy has plunged into a recession, with output projected to contract by over 11 percent this year, its economy can still sustain its military activities. Russia is slowly but surely achieving its goals, and Ukraine is increasingly feeling pressured as its military remains on the defensive. Ukrainian forces need time to integrate the overwhelming NATO military equipment they have received, which differs from the Soviet-era weapons they are accustomed to. Kyiv also has yet to launch an offensive against any key targets within Russia to alleviate the pressure on its eastern and southern borders.

Ultimately, pursuing a ceasefire and the terms of such an accord remain the sole responsibility and decision of the Ukrainian people and their elected representatives. Zelenskyy has explored the prospect of negotiations before, even declaring his preparedness to refrain from joining NATO to broker a peace deal with Russia. In recent days, Ukrainian forces have successfully recaptured parts of Severodonetsk and deflected a series of unsuccessful Russian attacks near Izyum. At the same time, Ukrainian resistance remains high in Russian-occupied areas. Another survey by the Kyiv International Institute of Sociology recently identified that 82 percent of Ukrainians living in Russian-controlled territories hold a negative attitude towards Russia, fueling the rise of partisan fighters behind enemy lines. The high public morale and current support from NATO may yet suffice for Ukraine’s defense.

However, the high costs and risks of a protracted conflict should motivate Kyiv to at least reconsider the prospect of peace with Russia. Continuing the conflict will exacerbate its costs and hinder Ukraine’s survival even if it gains victory. In a fitting sentiment, Kissinger once stated that “while we should never give up our principles, we must also realize that we cannot maintain our principles unless we survive.” Although a peace deal involving territorial concessions may seem devastating to Ukraine, it can incentivize a return to diplomacy and avoid further financial and human costs. Given the Kremlin’s commitment to victory, such a negotiation will likely require certain inducements to guarantee Ukraine’s future security and socioeconomic welfare.

Arash Toupchinejad is a Junior Research Fellow at the NATO Association of Canada and an MSF Graduate at Georgetown University. He is also a columnist for the European Student Think Tank and has written articles for The National Interest, The Hill Times, and other publications. His research spans the impact of geoeconomics and geopolitics on foreign affairs, as well as the history and politics of Eastern Europe and the Middle East.